Stemming tide of cervical cancer through PPP in Oyo 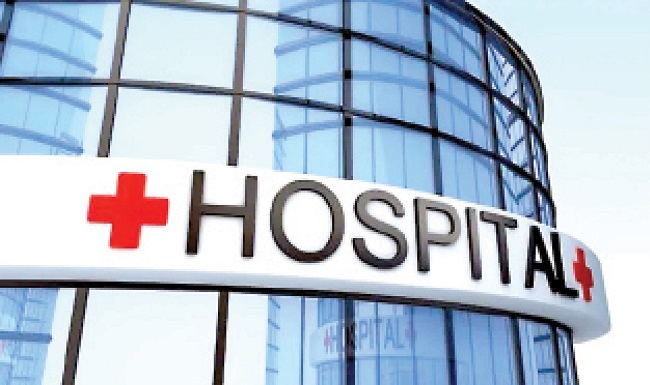 Mrs Nike Wande, a 35 year-old-mother of three was told that her cervix, the mouth of her womb had a predilection for cervical cancer. A pap smear test done two weeks earlier confirmed this and she was told she would need to be treated to prevent it from developing into cervical cancer. She took advantage of a free treatment at the University College Hospital during a sensitisation on cervical cancer for health workers.

Mrs Wande is an example of how awareness creation efforts can spur individuals to take action to protect themselves and the barriers faced by millions of Nigerians in accessing preventive interventions against cancer, especially cervical cancer.

Cervical cancer remains a public health challenge worldwide, with the highest burden of this in low and medium-income countries, of which Nigeria is one. With an estimated 12,075 cervical cancer cases and 8,000 deaths recorded in Nigeria annually, the Oyo State Cancer Prevention Project ECHO is responding to the World Health Organisation’s (WHO) call for action in the global plans to eliminate cervical cancer.

Oyo State Cancer Prevention Project ECHO involves the collaboration of the University of New Mexico Comprehensive Cancer Centre, the University of Maryland School of Medicine Greenebaum Comprehensive Cancer Centre, and the Centre for Bioethics and Research (CBR), Nigeria with the Oyo State Ministry of Health. It is building capacity in the Oyo State healthcare system to screen and prevent cervical cancer.

The Oyo state government has given some cognizance to cancer control. “In 2018, Oyo State put together a 5-year cancer control plan to look at issues pertaining to cancer identification, screening, hospice and other forms of management for people affected by cancer,” Dr Taiwo Oladipo, Oyo State Commissioner of Health, said.

Dr Oladipo, who spoke at the commencement of the Nigeria UNM UMB Cancer Control ECHO (NUUCCE) project, said the training will further strengthen the state’s mass cervical cancer screening and prevention which had commenced in the state.

According to him, in 2019, the state government had put together plans to screen 2,000 people for cervical cancer but was only able to do 500 cases before the commencement of COVID-19.

Dr Oladipo stated that while cervical cancer vaccination is to be reinvigorated, cervical cancer screening and care are preventive measures that the state believes will go a long way in ensuring that issues pertaining to cervical cancer are nipped in the bud in the state.

Dr Imran Morhason-Bello, a gynaecologist at the University College Hospital, Ibadan, in an overview of cervical cancer and HPV infection, stated that cervical cancer is caused by the persistence of high-risk Human Papilloma Virus (HPV) infections.

According to him, HIV, early initiation of sex, having multiple sexual partners and other co-factors facilitate the persistence of high-risk HPV and increase the risk of cervical cancer, a largely preventable type of cancer through behavioural change communication (BCC), vaccination screening and early identification and treatment of the disease.

He added, “It is a leading cause of maternal deaths and estimates show that if nothing is done to stop the trend, by 2050, more than a million new cases of cervical cancer will occur.

“In terms of cumulative risk, the risk of a woman developing cervical cancer in Nigeria appears to be lower but when taken in absolute numbers, its incidence becomes more.

In Nigeria, according to Dr Morhason-Bello, cervical cancer is the second most frequent cancer in women aged 15 to 44 years and about 3.5 per cent of women in the general population are estimated to harbour HPV 16 and 18 infection types at any given time.

He added, “nearly nine out of 10 cases of cancers that are caused by HPV are cervical cancers. Cancers of the anus, vulva, penis and vagina, as well as the back of the mouth, constitute just about 10 per cent of other HPV-associated cancers.”

Dr Morhason-Bello said although, there are over 150 types of HPV, only 14 of them, including HPV 16 and 18, put women at a high risk of developing cancers. The low-risk HPV types cause such things as genital warts.

Howbeit, the risk of contracting the HPV, he declared, is usually highest around the time of sexual debut and among young people.

“The prevalence of HPV tends to reduce with age, however, in Europe, after menopause, it starts to rise again but not as high as in adolescents and young adults. This may not be connected with sexual behaviours in these settings,” he declared.

Although HPV is a causative agent in cervical cancer, not everyone infected with HPV eventually ends up with cancer of the cervix. Dr Morhason-Bello stated that the infection persists in about 10 per cent of individuals and when left untreated, progresses to cervical cancer.

Also, there is a possibility of a re-infection with the virus usually following unprotected sex because the individual might not have developed enough immunity to prevent subsequent re-infection and as such the importance of HPV vaccination as a prevention strategy to ensure a sustained immunity is mounted against the virus by the body.

Professor Clement Adebamowo, the director for Global Health Cancer Research at the University Of Maryland School Of Medicine, said that although HPV is a common infection in the community, it is not something people should panic about and the reason it persists in some individuals and to subsequently cause cervical cancer is not entirely known.

Professor Adebamowo said the period between when HPV infection occurs and begins to stay permanently in an individual till when cervical cancer develops gives an opportunity to prevent cancer and if any development has started, to treat it early.

According to him, such early treatment affords the opportunity to avoid the considerable pain, discomfort and cost associated with trying to treat cancer when it has established itself since scientists understand this disease very well and know the different ways to ensure its prevention.

He added: “The UNM UMB Cancer Control ECHO (NUUCCE) project is unique in the sense that it is not just one hospital, researcher or an individual somewhere offering to screen, but a commitment by an entire healthcare system to population-level cervical cancer prevention. Outside of Oyo state, there is no state in Nigeria that has a commensurate programme that involves the entire healthcare system to do cervical cancer prevention.”

Professor Adebamowo stated that HPV infection does not have symptoms, which is why individuals need to get tested to know whether it is present in them or not and if it is causing any problem.

He, however, declared that practices such as women introducing things into their vagina like soaps, clothes, native medicines or materials to improve the quality of their sexual experience or that of their husbands and partners tend to increase the risk of having the HPV and of the virus persisting.

13-year-old Ngozi seeks N1.2million for osteomyelitis surgery to be able to return to…

How to Lose Weight Fast Naturally and Permanently

4 Ways Bleaching Creams Are Harmful To Your Body