Stakeholders call for even development in Ogun West 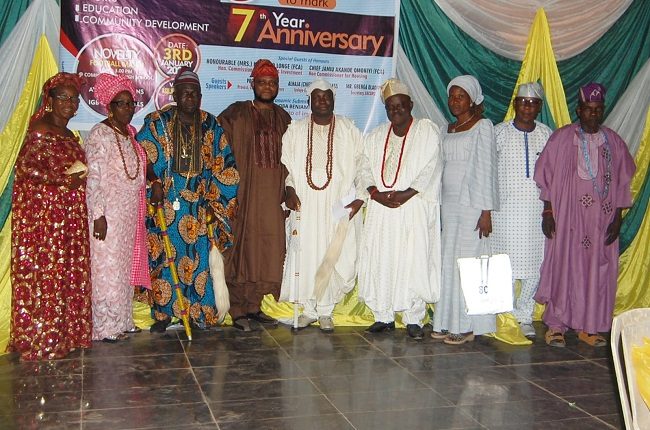 Stakeholders including political leaders, traditional rulers, artisans, students, youths as well as market women and men, from the Ogun West Senatorial District have again called the need to bring about needed development to the district.

The call was made on Monday at an economic summit organised by a non-governmental organisation, Gbenga Akinwande Foundation, in Ayetoro, Yewa North local government area of Ogun State.

While disclosing that the summit was organised to proffer solutions to some of the challenges confronting the people Yewaland, the President of the foundation, Gbenga Akinwande, identified the organisation’s areas of empowerment to include formal education, fashion as well as women participation in football, adding that he would do more to bring about the political growth and economic emancipation of the people of the area.

On his part, the Onimeko of Imeko, Oba Benjamin Olanite, urged privileged indigenes of Ogun West, living outside Nigeria and those within the country, to return home to assist in the development of Yewaland, which is currently facing challenges of underdevelopment.

The traditional ruler added that aside from infrastructural development, the area needs human capital development in order to build another generation of quality leaders.

The Iyaloja-General of Ogun State, Chief (Mrs) Yemisi Abbas, lamented that the insecurity challenge bedevilling the country has also been a major setback in the task of developing the area.

Verdict: The viral WhatsApp voice note claim is a hoax. The content is not new and has been circulated as a broadcast message several times in the past.Stakeholders call for even development in Ogun West

Stakeholders call for even development in Ogun West

Four killed as inmates attempt to escape from prison in Osun