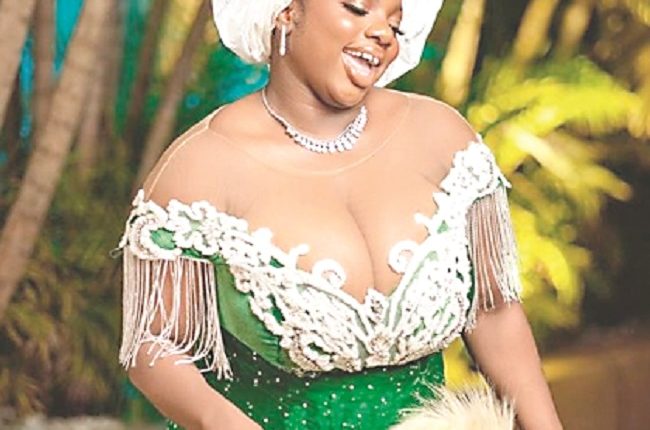 Dorathy Bachor was the last woman standing and the first runner-up in the recently concluded Big Brother Naija ‘lockdown’ show. Since leaving the show, she has gathered more accolades from fans and attention from several platforms. During recent media rounds, the queen of D’exploras revealed her plans for the future.

You were one of the most visible female housemates that people expected a lot of drama from. However, you maintained your calm all through the show. Was it a strategy?

You’re not the only one saying this. One of the fellow housemates said when she saw me outside she thought I was trouble personified; especially because of the way I was dressed. People thought I was troublesome but I’m glad I shocked them. What you saw on the show is just who I am. About having a strategy, but if anyone did, he or she is the one that would get tired, because how long can a person really pretend?

Now that the BBNaija show is over, what is the plan to ‘secure the bag’ as you always say?

I have always had an interest in interior decoration, so I’ll probably be taking a course for a month or two because I still have to get the basic knowledge. Maybe a little bit of styling and acting as well. Also, I’ll be doing a lot of charity work, speaking to women and things like that.

Let’s talk about acting, what roles are you looking forward to playing?

I think I can play diverse roles. I know I did more of the motherly role in the house, but I’m sure if I try other roles I definitely can deliver. I am open to any actually.

How do you plan to handle all the attention you would likely be getting?

The good part is that I have actually not been noticing them, I am not seeing any yet. I’m sure we’ll be fine and we’ll know how to manage it.

Any weird requests in your DM on social media?

No, I have only been getting requests from my fan base, D’exploras they are wonderful people. I feel like I have been getting most of the love from them, Maybe because I don’t handle my social media myself, that’s why I have not been seeing anything, but it’s mostly love from the fans and I love them so much.

Speaking of your fans, ‘D’exploras’, you were the first female housemate to get verified on Instagram, How did you feel coming out and seeing the support you got and the number of followers you now have?

I keep saying that my Instagram followers were about 210 before I got into the house, and coming out of the house to see over a million people following me, I thought, “how am I going to handle all these people?” The love is so much. Sometimes I go through the comments and they have so many beautiful things to say about me and it’s really beautiful because I have always been scared of public opinion basically.

What aspect of fame shocked you?

The pictures! I can say I have taken enough pictures for a lifetime.

What plans do you have to sustain this momentum and stay relevant over time, because like we see with some reality TV stars, it’s easy to drop off the scene?

The phrase, ‘with my full chest’ has become synonymous with Dorathy as you have used it a lot both on and off the show. What’s the deal with that?

I remember the day I first said that phrase, it was during the Head of House (HoH) selection process. I feel like it came from a happy place because everyone in the house knew the struggle of being up for eviction every week and not knowing your fate. When I was selected as the Deputy Head of House, I accepted it “with my full chest.” I loved the phrase, kept saying it, and apparently, everyone loves it.

The party also said that immediately the Caretaker/Extraordinary Convention Planning Committee was put in place after the NWC’s dissolution, the crises that had characterised its affairs were laid to rest…Social media hype  Social media hype

His son, Aminu Shehu Idris, confirmed in an interview with the Tribune Online that his late father who was appointed on 15th February, 1975 and spent 45 years in the throne died on Sunday after a protracted illness…Social media hype  Social media hype

Journalism prepared me for entrepreneurship, fashion and music — Annjay