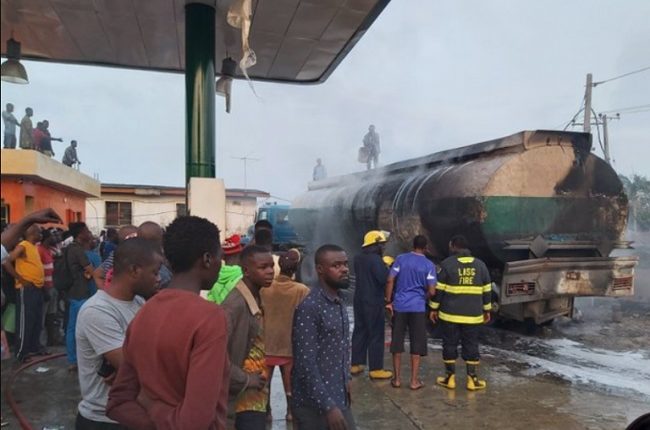 Shops and a transformer have been razed by fire as a tanker exploded at a filling station on Ajayi Road, Ogba, Lagos State.

Tribune Online gathered that the unfortunate incident occurred in the early hours of Tuesday.

Eyewitnesses said the explosion occurred as a kerosene tanker was offloading at Yerevan Oil.

It was also gathered that the fire was contained by Lagos State Fire Service within an hour after nearby shops and a transformer had been burnt.