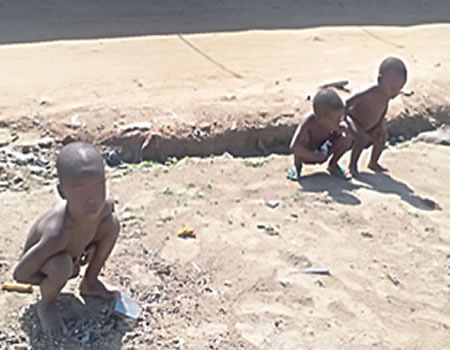 Among communities, there are some actions which have negative impact on the people and endanger the health of the entire population. But most times, people ignore the consequences because they believe it is an age-long practice and our forefathers were not affected by it, or because of fear of change. Also, people weigh options and feel the cost of behavioural change outweighs their usual behaviour. On the list of such unhealthy behaviour is the monster called open defecation (OD).

There has been the declaration of a state of emergency on Nigeria’s Water supply, Sanitation and Hygiene (WASH) and inauguration of the national action plan for the revitalisation of Water supply, Sanitation and Hygiene (WASH) sector by the Nigeria government led by President Muhammadu Buhari at the State House Conference Centre on November 8, 2018.

Also, with the national launch of Clean Nigeria, Use the Toilet Campaign on November 19, 2019, one would have envisaged that at this point, we would have made great strides in tackling the issue of open defecation in Nigeria in practical terms. But at this very moment, the opposite is the case. Nigeria tops the rank of countries practising open defecation in the world in 2020, a position formerly occupied by India. This is a national issue that bring worry and shame.

According to the finding from the 2018 WASH National Outcome Routine Mapping (WASHNORM) survey, 47 million people in Nigeria defecate in the open – that is one in four Nigerians defecate in the open. Out of 47 million Nigerians who practice open defecation, 16 million live in the North Central, with Kogi State topping the list in the North Central.

Open defecation is the emptying of bowels in the open without the use of properly designed structures built for the handling of human waste such as a toilet. People may choose to defecate in the fields, bushes, forest, canal, ditches, street or other open space. According to the World Health Organisation open defecation pollutes the environment and causes health problems. Open defecation is linked to the high prevalence of water-borne infectious disease such as diarrhoea, cholera and hepatitis A, among others, it is also linked to high child mortality, poor nutrition and poverty in Nigeria.

The reasons people who practice the habit of open defecation give have either been that it is poverty that makes it a challenge to build latrines or lack of government support in providing toilet facilities. However, there are cases of where the toilets are available, but people still prefer to defecate in the open. The reason can extend to cultural beliefs related to sharing toilets among family members or non-family members. An example is a case where it is considered as forbidden for a man to share the same toilet with a woman who is menstruating, or a woman who newly gave birth to a child. In some other cases, people prefer open-air defecation due to the freedom it gives them as opposed to using a small dark structure or the inconveniency in using toilets that are dirty due to poor maintenance culture.

The Nigeria government action plan is to end open defecation by the year 2025. The Federal Ministry of Water Resource in partnership with other relevant government agencies, NGOs, CSOs, and few private entities are showing their commitment through the Clean Nigeria; Use the Toilet campaign towards achieving the open defecation-free (ODF) target of 2025. In a press statement by the Minister of Water Resources Engr. Suleiman Adamu, on August 26, 2020, stated that 27 out of the 774 local government areas in Nigeria were certified open defecation-free (ODF). This indicates that the journey towards achieving total ODF in Nigeria is still very far.

Attaining rapid success and effectiveness with the Clean Nigeria; Use the Toilet Campaign depends on:

Sanitation is everybody’s business and for us to attain open defecation free (ODF) Nigeria all hands needs to be on deck. The government, NGOs, CSOs, private sector, media and as individuals we all have a role to play in ending open defecation in Nigeria.

Nigerians demonstrate in Ohio, want justice for Lekki victims, others