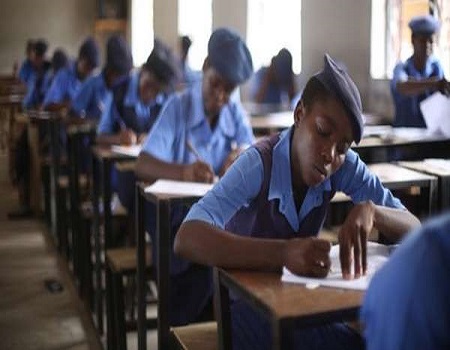 THE Federal Government has disclosed that there are plans to soon reopen schools nationwide, saying, however, that this will not be done in two weeks as being speculated in some quarters.

Minister of State for Education, Chukwuemeka Nwajiuba, made the clarification on Thursday during the Presidential Task Force on COVID-19 news conference in Abuja following rumours making the round the Federal Government would reopen schools in the next two weeks.

The Federal Government had ordered the indefinite closure of educational institutions nationwide as part of measures to prevent the spread of COVID-19 pandemic.

But Nwajiuba while responding to questions from the media on when the government’s plans to reopen to the schools following the easing of the lockdown, said the schools would be reopened when the safety of the school children could be guaranteed.

He said the government was wary not to endanger the lives of the school children and further spread of the coronavirus in the society.

He added that his ministry is working with other relevant stakeholders and agencies of government to put necessary measure in place that would guarantee the safety of children before the schools are reopened.

He said: “We all are seriously interested in reopening and I believe we will reopen soon. But I can’t confirm what your children said that we will reopen in two weeks.

“When they determine, I’m sure you have seen all the experts here, that there is the measure of safety to which we can expose our children, we will gladly do that. We are watching and we are working with all bodies within and outside the country.

“The five countries of West African Examination Council (WAEC) are meeting and I just came out of a meeting with African Union (AU) Ministers of Education, everybody is concerned as you are. We hope to reopen very soon.

“This morning, I met with the Ministry of Science and Technology. We are looking at putting a system in place that can disinfect every child as he goes into a school and disinfect him as he goes out.

“If we resource our schools properly we can begin to reopen. But we must be able to ensure that the children go in safe and come out safe and not become a conduit for further infection in society.”