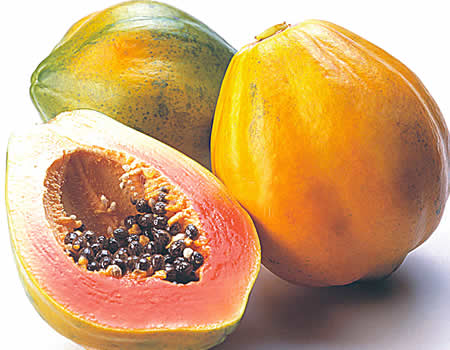 RECENT studies have proven pawpaw seeds to possess a whole lot of medicinal benefits, apart from its nutritional value.

According to a 2017 study published in the Journal of Pharamacognosy and Phytochemistry, Pawpaw extracts are effective against cancer because they are rich in the enzyme, papain, which breaks down the fibrin cancer cell wall and protein into amino acid.

The study further explained that considerable amount of BenzylIsothiocyanate (BITC) is contained in pawpaw seed, which is effective in treating colon, breast, lung, leukemia and prostate cancers. These enzymes were stated to be capable of inhibiting both formation and development of cancer cells.

BITC serves as an anti-bacterial drug, a volatile compound that occurs naturally in cruciferous vegetables such as broccoli and watercress. Recently, it has been studied for its antimetastatic effect in human colon cancer cells and found to have an inhibitory effect on cell migration and invasion.

Also in another study published in the Journal of Ethno pharmacology, 2010, researchers discovered that enzymes found in pawpaw leaf tea have dramatic cancer-fighting properties against a broad range of tumuors.

The study proved seeds of Carica Pawpaw to have powerful anti-bacterial and anti-inflammatory effects on the digestive system. Studies corroborate that an extract made from pawpaw seed is powerful in killing E.coli, Salmonella, Staphylococus and other dangerous bacterial infections.

Reports of using pawpaw seeds to successfully treat viral infections such as dengue fever in parts of Central America like Costa Rica were also reported in the study.

It was also indicated in the study that scented oil extract, rich in amino acids, from pawpaw seeds is potent in the treatment of sickle cell disease and poisoning related disorders.

Pawpaw seed water extract was tested to be useful for protection against oxidative stress. In the study, aqueous seed extract of pawpaw at the dose of 50 mg/kg and 100 mg/kg was used against alcohol induced acute gastric damage and blood oxidative stress in rats. The gastric acidity was significantly reduced in rats treated with 100 mg/kg of the extract.

‘Why Madagascar herbal medicine for COVID-19 may not be fake’

‘Why Madagascar herbal medicine for COVID-19 may not be fake’