Rounding off the Month of Mercy 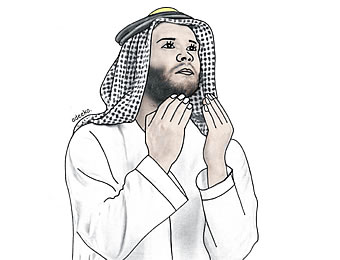 THE month of forgiveness and mercy is winding up. This is the period when the righteous feel sad because the gates of Al-Jannah will soon be closed and the gates of Hell reopened and the evil one (Shayton) released from bondage. What saddens the righteous ones gladdens the evil ones among mankind and Jinns. This period of spiritual attachment to Allah is getting to a close till it comes around again next year.

Traditionally, the end of Ramadan is marked with two events, both of which should serve as acts of ibaadah. These events are the distribution of Zakatul Fitri and the ‘Eid festival that follows immediately. Zakatul Fitri or Sodaqatul Fitri is a command of the Prophet which must be obeyed. Every adult Muslim, especially the household head (father), is expected to buy food items in the form of grains and pay it on behalf of his wife (wives), children and others under his guidance and give to the poor and the needy among the Muslims in his immediate community. In an ideal Muslim state, Sadaqatul Fitri is collected and distributed by the Caliph or Imam. In the absence of that, the local Imam is saddled with the collection and equitable distribution of the food items.

The ideal time for the payment of Sadaqatul Fitri, according to the most acceptable opinion, is immediately after Solatul-fajr (the early dawn prayer) before going to the ‘Eid ground. The Holy Prophet was reported to have said: “He who gives it out before ‘Eid prayer has indeed given an acceptable Sodaqah but whoever pays it after the ‘Eid prayer has only given ordinary Sodaqah.” The quantity to be given on behalf of every individual is one Arabian soo’I, which equates four mudd or to the nearest, 14 milk tins. Scholars agree that apart from grains like rice, beans, millet, corn (maize), guinea-corn, barley, wheat, oat, soya beans and the likes, powered milk and garri can be used.

Sodaqatul Fitri serves as food for poor Muslims and also as purification for the inequities that might have been committed during the period of fasting. Therefore, it is highly recommended that Sadaqatul Fitri be paid.

The day of ‘Eidul Fitri is the first day of Shawwal after having completed 29 or 30 days of Ramadan. It is a day of celebration and great festival sanctioned by Allah and His Prophet for the believers.

It was the practice of the Holy Prophet throughout his nine years of fasting in Medina to advance to the Eid ground on the day of Fitri and the day of Adhah. Ummu’ Atiyyah (may Allah be pleased with her) narrated that the Holy Prophet (SAW) instructed them to go out (the women) on the day of ‘Eidul Fitri and ‘Eidul Adhah, including the young ladies, the menstruating women, but the menstruating women would stay away from ‘Eid ground but witness the good day of the Muslim and prayer (dawah) of the Imam and the followers. Ummu ‘Atiyyah further asked the Prophet, “What about those who have no Jalbab (i.e. the long outer garment prescribed for the believing women), the Holy Prophet answered: “Let her borrow from her near sister in faith.” This saying of the Holy Prophet is establishing the compulsory nature of going to the Eid ground by every Muslim, male or female, young or old.

On the day of ‘Eidul Fitri, we are expected to start the day with light food because the Prophet used to take odd numbers of date fruits. Then, we should also take bath (ritual), put on our best garments and the males should adorn themselves with perfume. The Holy Prophet encouraged us to walk to the ‘Eid ground. The ‘Eid ground is the proper place to observe the prayer, not the Jummah mosque. The only condition that can necessitate observing the ‘Eid prayer in the mosque is a heavy rain.

We should observe the limits of Allah in our celebrations. No alcohol and other intoxicants should be consumed. Wasteful spending and all indecent acts should be shunned so that we may earn the pleasure of Allah. Don’t forget to fast six days in the month of Shawwal.