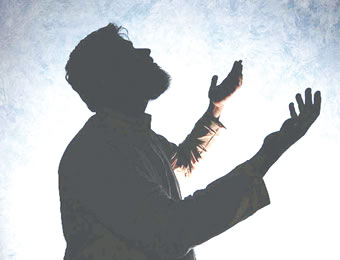 SUFYAN ibn ‘Abdullah, may Allah be pleased with him, said: “O Messenger of Allah, tell me something about Islam, after which I won’t need to ask anyone besides you.” He, sallallaahu ‘alayhi wa sallam (may Allah exalt his mention) said: “Say: ‘I believe in Allah’ and then be steadfast [upon that].” [Muslim (38)]

The narration is proof that the servant is obligated, after having faith in Allah, to persevere and be steadfast upon obeying Him by performing the obligatory acts and avoiding the prohibited ones. This is achieved by following the Straight Path, which is the firm Religion, without drifting away from it, to the right or to the left.

If the Muslim lives through Ramadan and spends his days in fasting and his nights in prayer and he accustoms himself to doing acts of good, then he must continue to remain upon this obedience to Allah at all times. This is the true state of servitude, for indeed, the Lord of the months is One and He is ever Watchful and Witnessing over His servants at all times.

Indeed, steadfastness after Ramadan and the rectification of one’s statements and actions are the greatest signs that one has gained benefit from the month of Ramadan and striven in obedience. They are tokens of reception and signs of success.

Furthermore, the deeds of a servant do not come to an end with the end of a month and the beginning of another, rather they continue and extend until he reaches death. Allah says: “And worship your Lord until the certainty (death) comes to you.” [Qur’an 15: 99]

If the fasting of Ramadan comes to an end, then indeed the voluntary fasting is still prescribed throughout the entire year. If standing in prayer at night during Ramadan comes to an end, then indeed, the entire year is a time for performing the optional night prayers. And if the Zakaat Al-Fitr comes to an end, then there is still the Zakaah that is obligatory as well as the voluntary charity that lasts the whole year. This is the same for reciting the Qur’an and pondering over its meaning as well as every other righteous deed that is sought, for they can be done at all times. From the many bounties that Allah has bestowed upon his servants is that He has placed for them many different types of righteous acts and provided many means for doing good deeds. Therefore, the ardor and zeal of the Muslim must be constant and he must continue to remain in the service of his Lord.

It is unfortunate to find that some people perform worship by doing different types of righteous deeds during Ramadan. They strictly guard their five daily prayers in the Masjid, they recite the Qur’an a lot and they give in charity from their wealth. But when Ramadan comes to an end, they grow lazy in their worship. Rather, sometimes they even abandon the obligations, both generally, such as praying in congregation, and specifically, such as praying the Fajr prayer.

Additionally, they commit forbidden acts such as sleeping through the time of prayers, indulging in places of foolishness and entertainment, and mingling in parks, especially on the day of ‘Eid. Thus, they demolish what they have constructed and destroy what they have established. This is an indication of deprivation and a sign of perdition. We ask Allah for His safeguarding and protection.

Indeed, this type of people take the example of turning in repentance and ceasing from committing evil deeds as something specific and restricted to the month of Ramadan. And they stop doing good acts when the month stops. Thus, it is as if they have abandoned sinning for the sake of Ramadan, and not out of fear of Allah. How evil are these people who do not know Allah, except in Ramadan!

Truly, the success that Allah grants His servant lies in the fasting of Ramadan. His assisting him to do that is a great favor thus the calls for the servant to be grateful to his Lord. This understanding can be found in the Saying of Allah after completing the favour of the month of fasting. Allah says: “He wants that you must complete the same number of days, and that you must magnify Allah (by saying Allahu Akbar) for having guided you, so that you may be grateful to Him.” [Qur’an 2:185]

The one who is grateful for having fasted will remain upon that condition and continue to perform righteous deeds.

Verily, the true way of the Muslim is that of one who praises and thanks his Lord for giving him the ability to fast and perform Qiyaam. His condition after Ramadan is better than it was before Ramadan. He is more receptive to obey, desiring to do good deeds and quick to enforce the obligatory acts. This is because he has benefited from this prominent institute of learning. It is that of one who fears for having his fast not accepted, for indeed Allah only accepts from those who fear Him.

The righteous predecessors would struggle to complete and perfect their deeds, hoping afterwards, that it would be accepted and fearing that it would be rejected. From the reports of Ali, may Allah be pleased with him, said: “Be more concerned with having your deeds accepted than the deed itself. Did you not hear Allah say ‘Verily Allah only accepts those from those who fear Him. (i.e., possess Taqwa).’ [Quran 5:27]” [Lataa’if ul Ma’aarif, p. 246]

‘Aa’ishah said: “I asked the Messenger of Allah concerning the ayah: ‘And the one who are given what they are given and their hearts tremble with fear.’ [Qur’an 23:60] Are they the ones who drink alcohol and steal?” He sallallaahu ‘alayhi wa sallam (may Allah exalt his mention) said: “No, o daughter of As-Siddeeq, rather, they are the ones who fast and pray and give in charity, yet fear that it won’t be accepted from them. They are the ones who rush to do good deeds and they are the first to do them.” [Saheeh Sunan At-Tirmithi 3/79-80]

So, be warned and again be warned of turning backward after having attained guidance of going astray after persevering. And ask Allah to provide you with duration in doing righteous deeds and continuity in performing good acts. And ask Allah that He grant you a good end, so that He may accept our Ramadan from us.

Rounding off the Month of Mercy

How to resolve PDP crisis —Chieftain