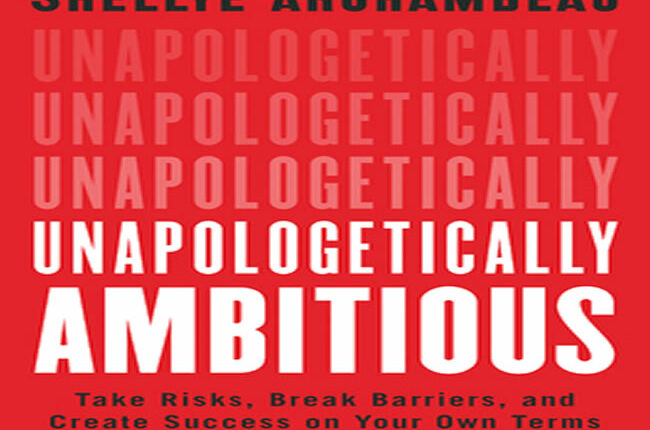 Every business book is a behind the scenes story in some way. With CEOs, they share the story of their rise to the top. Consultants take you inside the companies they have worked with to show what handful of things made their clients successful. Business fables do the same through a fictional narrative and are often more honest in their storytelling than either the executives and advisors can be. In each case, we want to see what decisions were made and how they arrived at the successes.

When Shellye Archambeau was seventeen, she decided she wanted to run a business. If that sounds particular, she admits that it was, but she loved leading the groups she joined in high school and she was ambitious. Archambeau set the goal of being a CEO by age forty and that, in turn set into motion a whole set of other goals. She chose to attend Wharton, because it was the top business school in the country and she would not need to get an MBA later. She wanted to get married right out of school (she did) and wanted to have children right away (which she also did) to have a clear path to pursue her career. She researched CEOs and found many of them held sales positions early in their career, so that’s what she did. Not to give away the story, but Archambeau became CEO by the time she was forty.

Unapologetically Ambitious is a different kind of business book. The journey she shares is written like you would tell a friend or younger colleague. Her husband Scotty and two children are bigger characters in the told story than any manager or company. Most of the book reads like a career guide for people who want big things out of life and we find out how Archambeau makes many of those well-researched choices. She is very specific in using the word “choices.” In a warning to readers, she says, “I don’t like when people talk about ‘sacrificing’ one part of their lives for another. To me, the word sacrifice implies a sense of loss that engenders guilt…I believe in making choices, not sacrifices. Choices I own—no one else to blame, no guilt placed.”

Through her journey, Shellye discovered that ambition alone is not enough to achieve success. Here, she shares the practical strategies, tools, and approaches readers can employ right now, including concrete steps to most effectively:

Each chapter lays out key takeaways and actions to increase the odds of achieving your personal and professional goals. With relatable personal stories that ground her advice in the real world and a foreword by leading venture capitalist and New York Times bestselling author Ben Horowitz, Unapologetically Ambitious invites readers to move beyond the solely supportive roles others expect them to fill, to learn how to carefully tread the thin line between assertive and aggressive, and to give themselves permission to strive for the top. Make no apologies for the height of your ambitions. Shellye Archambeau will show you how.

There is another reason to bring this book to your attention. Shellye Archambeau is a Black woman who served as CEO of MetricStream for fourteen years, before stepping down in 2017, and currently she serves on the Board of Directors of Verizon and Nordstrom.  I said Unapologetically Ambitious was different, because in spending the time to tell the story of her remarkable career, we see things that are not normally present in business books. We see the power of long term persistence play out. We see the effect of corporate life on a family and how members cope and adjust. We also see honestly how race and gender impacted Archambeau’s career, and how she dealt with it.

Multipliers: How the best leaders make everyone smarter