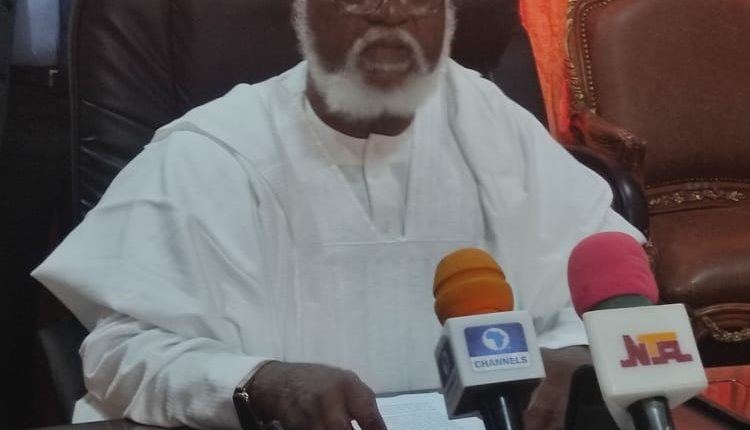 Former Military Head of State, General Abdulsalami Abubakar, has described as unfortunate, recent ethnic attacks in some parts of the country, stressing that the incidents “is adding to the problems” existing in the country.

He explained the recent happenings in some parts of the country of ethnic attacks was unfortunate and was adding to the problems.

The former Nigerian leader, who is the Chairman of the National Peace Committee thereby appealed for “Calm in these difficult times.”

Addressing newsmen in an interactive session at his Uphill Mansion in Minna Niger State capital, on Tuesday, the Elder Statesman said: “These times demand that we all join hands together to resolve our challenges so as to keep our country united. We do not have the luxury of trading blames.”

He thereby appealed to “the citizens of our dear country who have borne so many pains and sufferings to remain resilient and patient, while also pleading with the Governors of the states who are “the Chief Security Officers of the various states to please sheathe their swords, tone down their rhetorics and take full responsibility for managing the divergent voices and frustrations within their states.”

General Abdulsalami, also pleaded with traditional institutions, religious leaders, as well as Development Associations, NGOs “to work towards mobilising Nigerians on the need to live in peace with one another.”

He said: “it is true that we are all in a state of fear and collective anxiety,” stressing that the last thing “we need now is for the enemy to sense a lack of unity on our parts or a break in our ranks.”

He, however, commended the country’s security personnel “for their sacrifices” and appealed to the New Service Chiefs, recently appointed by President Muhammadu Buhari, and the Inspector General of Police “to rise to the urgent demands of the moment by rallying their troops and designing the best strategy for ending this tragic war that has continued to consume and destroy the foundations of our dear country.”

“We hope that based on their field experiences in this war, they can draw up a well-coordinated programme to ensure that all our resources are deployed to achieve the much-needed victory in this avoidable war,” said Abdulsalami Abubakar.

The former Head of State also expressed appreciation to “the efforts of President and Commander in Chief, Muhammadu Buhari, for exploring all measures and ensuring that tension is lowered.”

He declared, “let us continue to pray for our country, because, we believe that God will continue to give us the strength to overcome these difficulties.”