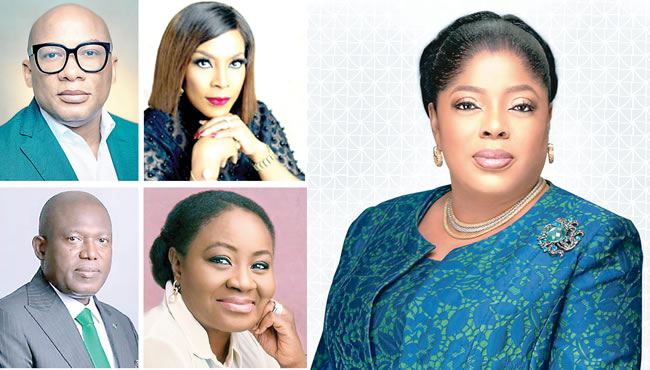 GREAT leaders and organizations distinguish themselves by the kind of questions they ask. Outstanding companies improve their processes, productivity and profitability by deploying the instrumentality of questioning. Asking the right questions holds the key to endless possibilities. Asking the right questions results in the revelation of hitherto unknown things. When questions are asked, ambiguity is removed, confusion is cleared and the leader is able to chart a new course for the organization.

Most of the innovations and disruptions that the world has witnessed happened because some people dared to ask the right questions. The world would not have advanced as much as it has if not for the instrumentality of questioning. Socrates, the ancient Greek philosopher, used it extensively to improve himself, his leadership as well as his associates. He premised this style on the assumption that his understanding could be exponentially enhanced if he managed to ask the right questions. He was wont to say “All I know is that I know nothing.” With that he sought to know more by asking questions and the more he knew the better he became and the more effective those around him also turned out to be.

Toyota Motors used the questioning method to greatly improve its operations and turned its products into world beaters. By asking ‘why?’ five times, the company is able to get to the root of most problems, and end up solving them.

These are some of the questions great leaders ask.

What problem am I here to solve?

Leadership is primarily about solving problems. No one is a leader who is not solving problems. According to General Colin Powell, former United States of America’s Secretary of State, “The day soldiers stop bringing you their problems is the day you have stopped leading them. They have lost their confidence that you can help them or concluded that you do not care. Either case is a failure of leadership.”

Answering the question, “What problem am I here to solve?” will bring direction and purpose. Instead of chasing shadows, the leader is able to steer himself off unnecessary and time-wasting activities and is able to devote the whole of his attention to the important things. Failure is not always a result of docility or inactivity; rather it is often a consequence of misdirection of energy and other resources; going after what accounts for little or nothing while the main issue is subjected to neglect.

When Nika Gilauri was appointed Energy Minister in Georgia, the country was noted for blackouts as the citizens only had a daily supply of electricity for between two and three hours, while only about 30 per cent of the power used was actually paid for. So bad was the electricity situation in the country that even the Ministry of Energy was often thrown into darkness as a result of frequent power outages. However, by 2006, Georgia could boast of 24-hour electricity supply even in remote parts of the country. One year later, in 2007, Georgia had become a net exporter of electricity.

How did Nika Gilauri achieve this seemingly impossible feat?

He started by asking and answering the question, “What problem am I here to solve?” Coming to terms with the fact that his appointment as Minister was occasioned by the need to take the country out of darkness, Gilauri then asked the question, “What exactly are the problems with electricity supply in Georgia?” He was able to boil these down to three; technical, economic and political. He then made up his mind to solve the problems. He upgraded the generation and distribution facilities, deployed technology to stop energy theft so that everyone paid for energy consumed and he put measures in place to punish any infraction without exception. When the corrupt elements in the system saw that there was a new sheriff in town, they shaped up and electricity generation and distribution improved optimally.

Following his success as Energy Minister, Gilauri was appointed Finance Minister in 2007 and he asked the same question, “What problem am I here to solve?” When he came to the conclusion that he was in office to stop the corruption in the system, he introduced a new tax code, which simplified the rules and eliminated double interpretation. With that, he was able to eradicate corruption in the Customs Service and freed up so much revenue for the state to the extent that despite the global slowdown of that time, Georgia was able to reduce income tax from 20 per cent to 15 per cent.

Eventually, Gilauri became Prime Minister in February 2009, inheriting an economy experiencing negative growth rate (-9 per cent). By asking and answering the question, “What problem am I here to solve?”, he focused on growing the economy and improving the country’s business climate. He devoted his attention to these and three years later when he was leaving office as Prime Minister, Georgia’s economy had a growth rate of 8 per cent, the country was also ranked 9th worldwide by the World Bank’s Easy to Do Business Report (from 112th in 2006).

Gilauri was able to achieve so much as a leader because he was always asking the right questions.

How can I get better?

A leader that wants to go far never stops working on himself, he never stops probing himself. This is for both the neophyte as well as the veteran leader. The assumption is that there is nothing so good that cannot be made better, so the leader asks himself this question with a view to becoming better as an individual. This creates a deliberate thirst for continuous improvement in him and he takes conscious steps to satisfy this urge. It is very vital that a leader keeps asking this question because the shape of an organization is a reflection of the state of the leader. As the leader is, so is his organization. The personality, perspective and style of the leader eventually become the insignia of the organization he leads. No leader can take his organization higher than his level. In other words, if a leader does not get better, his organization remains the same. So, it is important that a leader should always strive to improve himself so that his organization and people do not remain stagnant because stagnation is the first stage of regression. By taking conscious and calculated steps to get better, a leader is positioned to serve his team members better and to lead his organization to its desired height.

What are we doing right?

All organizations that have become great have one thing in common; they all have identified their strengths and have made capital of same. An organization becomes great because of what it does right. The essence of the question ‘what are we doing right?’ is to find out how this can be improved upon for maximum returns to the organization. Great leaders, having found out what the strength of their organizations is, deploy the bulk of their resources in this area so that the organization can enjoy the full benefit of its strength.

What are the available opportunities?

Salami Agbaje, who became the richest man in Ibadan of his time, trained as a tailor in Lagos. After practising his trade in Lagos for a while, he travelled to Ibadan with the hope of finding better tailoring prospects in the city. However, shortly after he got to Ibadan, construction work started on the Lagos-Ibadan railway. On learning about the construction, he got interested and asked about the opportunities available in the project. He found out that timber would be needed for the project. He saddled himself with the responsibility of looking for timber for the construction company and connecting the owners with the company. For his effort, he was amply rewarded and he struck gold. The success in that venture opened his eyes to other opportunities and he started buying farm produce from farmers and selling to expatriate firms for export. Chief Salami Agbaje, who started as an itinerant tailor, eventually became very wealthy by asking the right questions and making the right move.

What do we need to improve upon?

An area that requires improvement is an area of strength that is currently underutilized or underdeveloped. Until this fact is recognized and corrected, the organization will be moving at a level below its capacity in the area. Therefore, finding out what should be improved and going the whole hog to improve same will set the organization on the journey to perpetual performance excellence.

What do we need to change?

Success can lead to a false sense of fulfillment which may not only kill innovation and cripple creativity but also has the capacity of shutting the leader’s eye to areas of grave weakness. But great leaders never allow themselves to get caught in that web because they always ask the question, ‘what do we need to change?’ They know that change is inevitable so they are not goaded by the mantra ‘if it ain’t broke, don’t fix it.’ They ask probing questions that can reveal areas that require change and when these are discovered, they leave no stone unturned to effect the required change.

This line of reasoning gave rise to the concept of privatization. The late Baroness Margaret Thatcher, former British Prime Minister, realizing that the handling of some public utilities by the government was costing the state huge resources while the utilities were not delivering optimum value to the populace, asked the question, ‘What do we need to change?’ And the answer was that the ownership structure of the public utilities should be changed. With that, the state decided to embark on the privatization programme. This was done and the country and its people are the better for it.

Many leaders are unable to let go of what worked in the past but is a hindrance in the present. They hold on to it in the hope that the tide would turn. But that is the wrong route to travel. For as long as they refuse to change what they ought to change, their journey to greatness will suffer avoidable impediment.

What do we need to drop?

A leader must never shy away from asking the question of what should be dropped because travelling in the wrong direction, irrespective of the speed, never results in arrival at the right destination. Leaders must regularly ask this question to find out what constitutes a drag to the whole system. They do this because of the consciousness that a chain is only as strong as its weakest link. And they know that to consolidate on their areas of strength, they need to make their weak areas as strong as possible. Hence, they always try to find out which of the activities their organizations get involved in is retarding progress. Once they find this out, they drop it and move on to new things. There is no point flogging a dead horse; it is putting time and resources to unprofitable use. Pragmatic leaders change whatever is not working to avoid frustrating themselves and members of their team.

Are we making the right decisions?

One major thing that shapes an organization is its decisions. Therefore, a leader must always ask questions to find out if the organization is making the right decisions. Before taking actions on the answer to each of the questions above, he must ask and answer the question; ‘Are we making the right decision?’ This is critical because one wrong decision can bring down a hundred year-old organization. Therefore, the leader must always go the extra mile and take extra care to avoid making wrong decisions.

To lead right, leaders must ask the right questions.

Why Nigeria remains a key market for us —Glovo