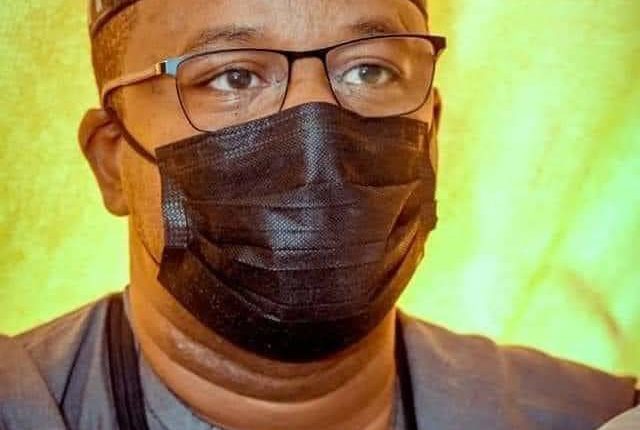 He was reportedly arrested after posting a social media message criticizing President Muhammadu Buhari’s handling of insecurity in the north.

In a statement issued by Kola Ologbondiyan, National Publicity Secretary on Saturday, the party described  the reported arrest of Salihu by security operatives as well as his alleged detention in a secret facility, “just after his criticism against the Buhari administration’s failures in the fight against banditry in our country, as completely unacceptable.”

The main opposition party added: “Salihu Yakasai’s ordeal is a sad reminder of the sudden disappearance of another known critic of the Buhari administration, Abubakar Idris, popularly known as Abu Hanifa Dadiyata, since August 2019.”

The PDP reminded those of referred to as agents of the APC-led  administration that Nigeria is a democratic nation and that the rights of citizens, including their freedom of expression, within the ambit of the law, are firmly guaranteed in the 1999 Constitution (as amended) and as such, must be respected.

It further said: “Our party, therefore, rejects the arrest of Salihu Yakasai, for joining other patriotic Nigerians in demanding a Presidential commitment of a decisive action to rescue the abducted Zamfara schoolgirls as well as to end all acts of terrorism in our country.”

The PDP also condemned the decision of the Governor of Kano State, Alhaji Umar Ganduje, in summarily relieving Salihu Yakasai of his appointment as his Special Adviser on media, “on the ground that his patriotic demand for a decisive action to end terrorism, was contrary to the stand of the APC government.”

The party added: “It is also instructive to note that Governor Ganduje equally warned all political appointees and public servants in the state against such patriotic expressions like those made by Salihu.

“The action of the Governor Ganduje has again heightened apprehensions on the alleged connections between APC leaders and the bandits pillaging our nation.

“In this regard, the PDP demands that Governor Ganduje comes clean on the matter.

“This is because such stances have continued to embolden bandits while frustrating patriotic citizens who are raising voices against acts of terrorism in our country.”

The PDP charged Nigerians to hold the APC and its leaders responsible for the escalated acts of banditry and terrorism in the country as well as any harm that suddenly comes the way of well-meaning citizens who are raising their voices against the activities of outlaws in the nation.