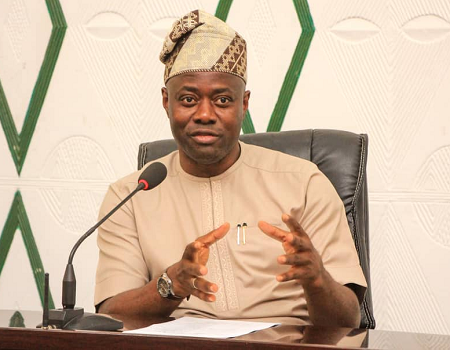 The Oyo State Governor, Mr Seyi Makinde, has said his administration would continue to focus on the  education sector, “and that the sector received 22 per cent in this year’s budget.”

Governor Makinde stated this when the board and management of the University Press PLC paid a courtesy visit to him at the Governor’s Office on Friday.

The governor lamented the 26th position of the state in the last West African Examinations Council adding that the state would definitely record better result in this year’s examination, the first that will be conducted under his administration.

He then commended the UP Plc for partnering with the state government in order to make books accessible to students in the state.

Earlier, the managing director of the publishing firm, Mr Samuel Kolawole, said the company would continue to partner with the state government in the area of education.

Mr Kolawole said the company had been donating books to the state government for distribution to primary and secondary schools for several years and it planned to continue with the gesture.

He said the company would also be donating all its books to the state library so that the reading public can have access to them.

The company then donated books worth over N2 million to the state government.