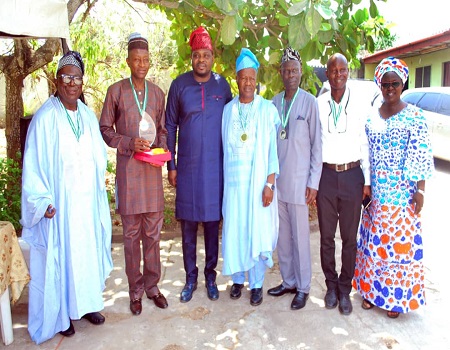 The Ile-Tuntun Alafara Community Development Association, Ibadan, has commended the Oyo State governor, Mr Seyi Makinde, for the pace at which he is delivering on his mandate and putting smiles on the faces of the citizens of the state through his people-oriented policies and programmes.

The chairman of the association, Alhaji Kamoru Aderibigbe, gave the commendation last weekend at the 2020 get-together of the association, where awards were presented to three public servants for their contributions to the development of the community.

Alhaji Aderibigbe recalled the efforts of leaders of the community at getting successive administrations in the state to rehabilitate the 11-kilometre NIHORT-Elenusonso-Ido Road to reduce the stress of the users and how Governor Makinde assisted in bringing part of the project into fruition in 2018 before he became the state’s helmsman.

“Engineer Seyi Makinde is our father and a friend of this community. In fact, he donated N1 million towards the rehabilitation of NIHORT-Alafara Road when we embarked on the asphalt patching of the road in 2018 before one of our awardees, Engr. Musiliu Yakubu, used his good offices to assist us after we found the project too enormous and challenging.

“We identify with the governor’s giant strides at putting smiles on the faces of the people of Oyo State. We pray Almighty God to grant him the grace to lead Oyo State to the Promised Land,” he said.

He commended security agencies for their cooperation and efforts at keeping the community safe at all times.

The caretaker chairman, Omi Apata Local Council Development Area, Mr Sherif Adeojo, who was the guest of honour at the event, said the people of the area had a responsibility to put his administration on its toes to ensure optimal performance.

Sherif, who charged communities under his LCDA to avoid confusion as regards the jurisdiction of the council, urged them to ensure regular performance of their civic duties to ensure prompt delivery of dividends of democracy to them.

He promised to continue to contribute to the development of Ile-Tuntun Alafara Community.