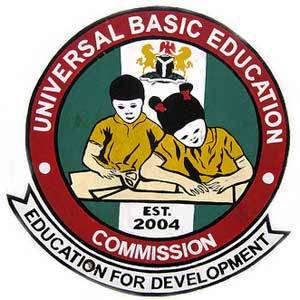 The Executive Chairman of Oyo State Universal Basic Education Board (SUBEB), Dr Nureni Adeniran, has said the State Government may terminate all SUBEB contracts awarded by the last administration but were not executed or completed by the contractors three years after they were awarded.

Adeniran also hinted that the Board has resolved sue defaulting contractors handling long overdue SUBEB/UBEC projects, who have either abandoned such projects or have not executed projects commensurable with the funds they have received.

He spoke in Ibadan while fielding questions on a live programme on a privately owned Fresh FM.

Adeniran revealed that some contractors have failed to justify the contracts awarded to them by the past administration in the state, while some of them have abandoned such projects.

He said appointment as SUBEB chairman last year has afforded him the opportunity to uncover how contractors have ripped off the state government with shoddy jobs after collecting the huge sums for contracts.

Adeniran, who is a former Commissioner for Education in the state, said SUBEB would recruit local security guards to secure the infrastructure being put in place in public primary schools by the Governor Seyi Makinde-led administration and prevent their vandalism.

He disclosed that about 66 public primary schools would be renovated under the UBEC/SUBEB 2019 intervention projects, just as several blocks of classrooms would newly be constructed.

The SUBEB boss said that the four model schools awarded this year have been completed, while the fifth is nearing completion.

“The Education family, which includes the Honourable Commissioner for Education, the Teaching Service Commission, the Oyo SUBEB Chairman and other relevant stakeholders in the state education sector are developing a holistic and comprehensive approach to resolving the problem of inadequate infrastructures in public schools in the state,” he said.

More Shocks As Unemployment Data Exposes Misery Status Of Nigerians
BEFORE now, economic and finance experts found it difficult to assess the healthy nature of the labour market and how to measure the impact of government policies targeted at creating jobs because of lack of real time labour data. But on Friday, August 14, 2020, the concerns were only slightly eased as the National Bureau of Statistics (NBS) published second quarter (Q2):2020 labour statistics, the first report since Q3:2018…Oyo SUBEB threatens Oyo SUBEB threatens

MONDAY LINES: Obasanjo’s (D)Art Of Condolence
Ben Guriano of The Washington Post described them in 2018 as ‘taboo enforcers.’ These are trolls seeking to upend truth and subvert facts about the life and times of the dead. ‘Do not speak ill of the dead’ came originally from a Spartan philosopher, then it was latinated by the Romans to read De mortuis nihil nisi bonum – and got spread around the world like Chinese viruses. The black man, as in all cases, contracted the no-no and turned it into a religion, got drunk with it and won’t mind killing for it…Oyo SUBEB threatens Oyo SUBEB threatens

2.4 Million Households To Benefit From FG’s Stimulus Package — Presidential Aide
TO ensure food security for citizens, at least 2.4 million households will benefit from the Federal Government’s post-COVID-19 stimulus package, a presidential aide says. Dr Andrew Kwasari, Senior Special Assistant (SSA), to the President on Agriculture, disclosed this in an interview with the News Agency of Nigeria (NAN) on Sunday in Abuja. Kwasari spoke against the backdrop of projects anchored by the Nigerian Economic Sustainability Committee (NESC) to secure the economy against the effects of COVID-19…Oyo SUBEB threatens Oyo SUBEB threatens