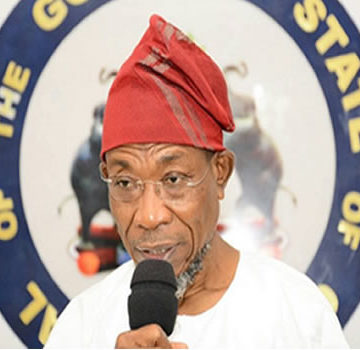 Describing it as the 34th edition of free train service from Lagos to Osogbo, the state capital, the government maintained that the development was part of Governor Rauf Aregbesola’s administration welfare programmes aimed at assisting the masses.

This was contained in a statement issued by the Osun State Commissioner for Industries, Commerce and Cooperatives, Hon. Ismail Adekunle Jayeoba Alagbada, which was made available to the Tribune Online in Osogbo.

The commissioner explained that the government was happy to have come this far in the provision of the service that makes life more comfortable for the citizens of Osun and other states.

According to the statement, “we are happy as we again this year 2018, organise to give our people free train service for the 2018 Easter celebration. This is the 34th edition and it is gratifying to note that several millions of people have benefitted from this gesture.”

While urging Easter holidaymakers to make maximum use of the opportunity, Alagbada said passengers along the Lagos-Ogun-Oyo to Osun routes would have opportunities to join the train at designated train stations.