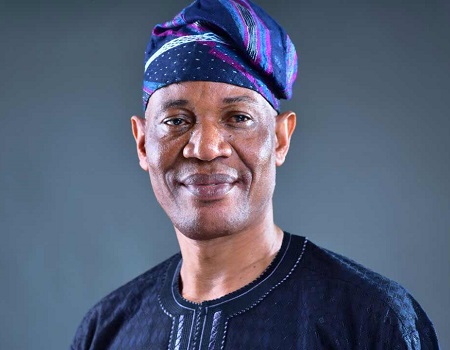 The governorship candidate of Alliance for Democracy (AD) in the 2016 governorship election in Ondo State and the consensus aspirant of the Unity Forum within state’s All Progressives Congress (APC), Chief Olusola Oke, has pledged to rescue the party from its many crises by bringing all the aggrieved factions together if elected as the party’s candidate.

Oke who stated this in Akure, Ondo State capital, while receiving N22.5 million cheques presented to him by members of the Unity forum for his nomination and expression of interest forms.

Oke who noted that the APC under the present administration in the state has failed to meet the expectations of the people of the state who install the party in the state saying the chances of the party losing the state is imminent if a credible candidate was not picked.

Oke who hinged his choice as the candidate of the unity forum to his political experience maintained that his vast experience and knowledge of the state remains an asset to the party and will give him an edge above others towards leading the state to its desired height.

He said “The desire to contest the forthcoming election is borne out of the need to protect the APC from sliding into opposition in Ondo State.

“Leaders of APC in Ondo State all assembled under the APC Unity Forum to protect the APC and it was the totality of their mission that led ultimately to my emergence as the aspirant of the Unity Forum and as the aspirant of other political association in Ondo State who believe that the state needs to be rescued at this particular time. I stepped forward to accept the mandate of these groups with confidence in the Almighty God.

“I believe very strongly that Ondo State cannot be allowed to continue to drift. Our experience in the last election showed that something urgent must be done otherwise APC may lose the grip of power in this state.

“Recalled that in the last election, APC lost two senators, five House of Reps members and also lost the presidential election in Ondo State. That is not our true strength, that is not out mission and desire but it happened because of the situation prevailing in the party which has worsened since that time.

“The reason I contested in 2010, if they were 10, they are a hundred today. If they were small, they are giants today. Therefore, I cannot fold my arms and keep silent in the face of tyranny.”

Meanwhile, the Unity Forum which donated N22.5 million for Oke’s nomination form said the move was to remove the toga of winner takes all if he wins at the polls.

The former Deputy Governor of the state, Alhaji Ali Olanusi who presented the cheque to Oke appealed to national leaders of the party to ensure that credible primary is held on July 20 towards ensuring that the most popular candidate emerges.