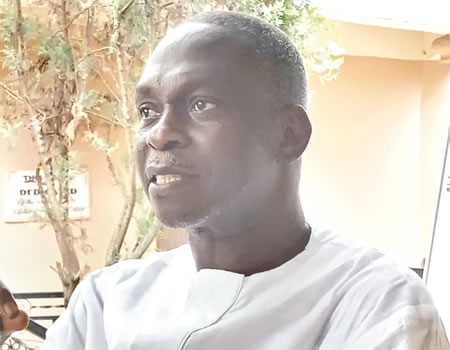 Mr Dapo Adelegan is one of the governorship aspirants of the All Progressives Congress (APC) in the forthcoming governorship election in Ondo State. He speaks to HAKEEM GBADAMOSI, on the reason for rejecting the choice of the unity forum candidate for the election. Excerpts.

WHAT’S your stand on the decision to pick Chief Olusola Oke as the Unity forum candidate to face Governor Akeredolu in the APC primary for the governorship election in the state?

I have said I don’t accept that result and I was not a party to that decision. The seven-member panel that was set up by the Unity Forum did not have a consensus; only four members voted in for the decision. The secretary, who is the legal representative of that committee and two other prominent members were not in favour of the decision. Secondly, some people cannot just sit down somewhere and choose a candidate for a great party like APC.  There was no consultation with the unity group, no consultation with our leaders, the National Assembly members across the state and at the National level. So, I think this is also important a responsibility and I have already dismissed it. It is libelous and fraudulent and our leaders have also rejected it, from the Senate to the elders’ forum. I think we should move on and begin to talk about the real issue of sustaining the governorship of Ondo State and taking the state to the next level. I was not a party to any meeting or decision process to announce a consensus candidate. To the best of our understanding, the other aspirants are still discussing amongst themselves on the possibility of a consensus candidate.

So you’re still very much in the race for the party’s ticket?

Of course yes. The unity group is just a pressure group within APC and not the party. It is the APC that will decide who is the standard-bearer. I want to tell you that I am very much in the race and I believe by God’s grace, God will select the best for this party so that we can retain the government of Ondo State and take the country to the next level.

Our expectation is that by July 2020, an APC candidate will emerge from a formal primary and will move on to emerge as the governor of the state in October of 2020 by God’s grace. Hence, we continue to stand on our independent and genuine aspiration to contest for the governorship of Ondo and our engagement with the leaders of the party and various interest groups across the state is ongoing and yielding positive result.

But if by tomorrow, the leaders of the forum conduct another screening, would you be available for the process?

I can’t answer that question for now.  It will be premature because the party has drawn its electoral timetable and it’s just about two months, and I think the best any group group can do right now is just encourage level-playing ground and then reduce the number of contestants, so that they can reduce the number from 10 to about two. For now, all of us are on the field and I believe all of us have the capacity to be governor of the state. So, the critical element is for the party at the state and national levels is to look at the environment and look at the critical issues and the reality and choose somebody with competence, capacity and compassion to deliver Ondo State.

Amaechi’s theory of Nigerian politicians and their monkeys

COVID 2.0 and growing colony of beggars