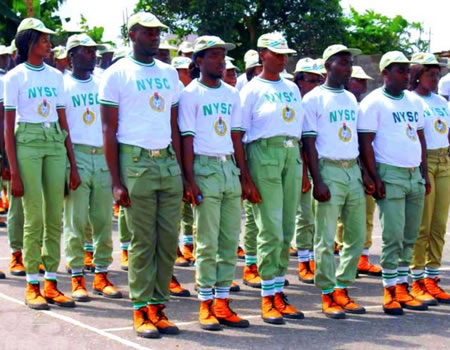 Baba made the call in his welcome address at the 2018 NYSC corps/employers workshop which was held in Kano on Wednesday.

The theme of the workshop is: ‘Tackling Emerging Challenges in Corps’ Administration through Greater Stakeholders Participation”.

He said the call was necessary as the increase in the allowances would encourage the corps members to stop rejecting posting to rural areas.

He added that the welfare of the corps members is one of the major concern of the scheme so as to enable them to discharge their duties anywhere they are posted to.

The NYSC Coordinator said the workshop was organised to enhance a closer working relationship between the management of the scheme, corps employers and the corps members.

According to him, it also served as an avenue through which issues concerning the scheme, employers and the corps members would be discussed and resolved.

“It is hoped that this workshop will bring out the desirable solutions to impediments to effective services delivery, enhance the scheme’s efforts at National Unity and Interaction,” he said.

Speaking on behalf of the NYSC Director-General, an Assistant Director with the scheme, Mrs Fadimatu Muhammed tasked employers to do everything possible to improve the welfare of corps members.

She said the workshop which was conducted simultaneously across the 36 states and the Federal Capital Territory (FCT) was to strengthen the mutual capacity for the effective engagement of corps members.

“Some of the major challenges currently faced by the scheme include corps rejection, under utilisation, evasion of services as well as inadequate welfare provisions.

“You will all agree with me that there is no better platform to provide the necessary recommendations on ways to tackle these challenges than this workshop.

“Similarly, with the proliferation of universities and other corps-producing institutions in the country, there is no doubt that the population of corps members will continue to grow, and this invariably will affect both the scheme and the corps employers,” she said.