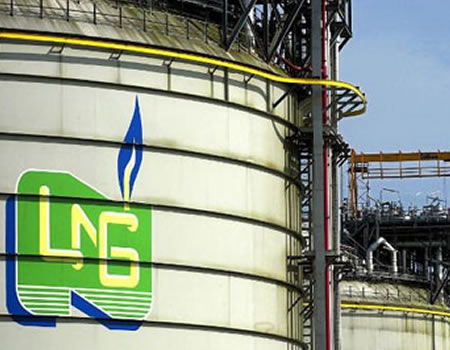 Nigeria LNG Limited (NLNG) and Nigerian Content Development Monitoring Board (NCDMB) have signed off the approved plan for Nigeria Content for NLNG’s Train 7 project which will ensure the delivery of value and benefits to the Nigerian economy.

In his remarks to commemorate the milestone in Abuja, the Managing Director, Tony Attah, said, “The NC Plan being signed today has made clear and robust provisions to deepen Nigerian Content in line with the Nigerian Oil and Gas Industry Content Development (NOGICD) Act, significantly higher than what was achieved in the previous NLNG projects. In order to adapt this spirit of continuous improvement, NCDMB and NLNG are fully aligned to collaborate during the operationalization of the plan.  This synergy will ensure that value added opportunities for Nigeria are indeed maximised and the Train 7 project is delivered to meet international standards of quality and safety”.

He remarked that the economic impact of increased LNG production will be significant, stating that since the start of its operations 20 years ago, NLNG has generated more than $100billion in revenue and has paid over $16 billion in dividend to the Federal Government of Nigeria through the Nigeria National Petroleum Corporation with 49 per cent shareholding in the company.  In addition, NLNG has paid over $13billion to the Federal Government for feedgas purchases and $6.5billion in taxes. He remarked the numbers will be greater with the envisaged 35% increase in NLNG’s production, which he said will boost the country’s GDP significantly.

#FactCheck: Has INEC issued Certificate of Return to Ademola Adeleke as Osun governor-elect? Tribune has an answer

The Executive Secretary of NCDMB, Engr. Simbi Wabote, said the expected job explosion from Train 7 is banked on the Nigerian Content Plan, which provides for 100 per cent engineering of all non-cryogenic areas in-country. He added that the total in-country engineering man hours is set at 55 per cent, which exceeds the minimum level stipulated in the NOGICD Act, in line with the Board’s resolve to push beyond the boundary of limitations, he added.

Engr. Wabote pointed out that the increased number of NLNG Trains would also provide huge business opportunities for local businesses to build capabilities in the maintenance of LNG plants, especially in the area of cryogenics. He remarked that the project would also catalyze other upstream gas supply projects required to keep the LNG train busy and make stranded gas fields in the shallow and deep offshore in the area economical.

Bonga: ‘In a class of its own’

Electric Insecticides Are Becoming The New Trend In Nigeria