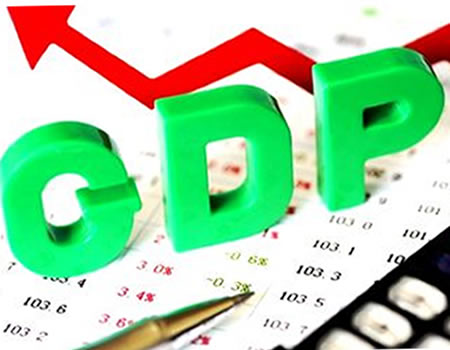 Share
Nigeria  recorded a decline in its Gross Domestic  Product in the second quarter of 2019, to 1.96 per cent from the 2.10 per cent recorded in the first quarter, the National  Bureau of Statistics  (NBS) has announced.
According to the NBS, the slide is 0.16 percentage points lower than the 2.10% recorded in the first quarter.
Giving details of the performance of different sectors of the economy that culminated in the overall performance of the GDP, the NBS, in a report on Tuesday, said, “The oil sector posted a real growth rate of 5.15% (year-on-year) in Q2 2019,” the report read.
“It also indicates an increase of 6.61% points when compared to Q1 2019(revised).

“The sector contributed 8.82% to total real GDP in Q2 2019, up from levels recorded in the corresponding period of 2018 but down compared to the preceding quarter.
“In Q2 2019, Nigeria recorded average daily oil production of 1.98 million barrels per day (mbpd), or 7.6% higher than the daily average production of 1.84mbpd recorded in the same quarter of 2018 but slightly less than output recorded in Q1 2019 (1.99mbpd-revised from 1.96 mbpd).
“The non-oil sector grew by 1.64% in real terms during the reference quarter. This was –0.40% points lower than recorded in the same quarter of 2018, and -0.83% point lower than the first quarter.”
1.96GDPNigeria
Share FacebookTwitterGoogle+ReddItWhatsAppPinterestEmail

Nigerian bankers set to host over 1,000 global professionals in Abuja