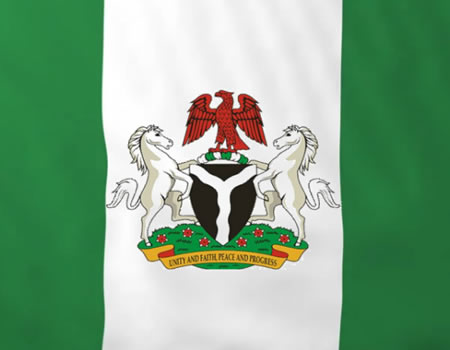 A constitutional lawyer, Mr Realwan Okpanachi, has urged the Federal Government to take drastic measures that would send a strong signal to the South African Government over Xenophobic attacks on Nigerians in that country.

Okpanachi told a correspondent of News Agency of Nigeria (NAN) that the government must take drastic action against the onslaught, killings and maiming of Nigerian citizens, their businesses and property by the South African citizens and their police.

‘The renewed attacks and killing of Nigerians in South Africa is unacceptable and stands condemned.

”It is time for our government to rise to the occasion and man up in its responsibility to ensure the protection of lives and properties of Nigerians within and outside Nigeria.

”We must make the South African government understand that we value our citizens irrespective of our shortcomings by severing diplomatic ties with them and treat them as a hostile nation,’’ he said.

According to the lawyer, the attacks on foreign nationals especially Nigerians is state-sponsored and a condoned act of terrorism against Nigerians.

“The major reason why nations establish diplomatic ties is for mutual respect for the lives of each other’s citizens and territorial integrity.

“Consequently, where diplomatic ties fail to protect the lives and properties of citizens, as in the case involving Nigerians, it means such ties must be reviewed,’’ Okpanachi said.

The lawyer also said where it was alleged that Nigerians in the diaspora were not law-abiding, they should be dealt with within the ambit of the law and not extrajudicial killings.

“South African government had never shown or demonstrated any commitment to defend Nigerians and their businesses.

“All they do is either divert attention with stories that most killings of Nigerians were carried out by fellow Nigerians or at best, empty and lame promises of investigating the killings,’’ he said.

Okpanachi added that South African businesses thriving in Nigeria do not contribute much to the growth of the Nigerian economy.

“If anything, they have been discouraging and destroying the development and growth of indigenous businesses, particularly in areas of digital television and telecommunications.

“In fact,  It is on record that South Africa businesses have the habit and history of illegally and fraudulently repatriating profits and money made in Nigeria to South Africa,’’ the lawyer said.

NAN reports that the Minister of Foreign Affairs, Geoffrey Onyeama, on Monday pledged that ‘definitive measures’ would be taken to address the situation said there was a need to end the attacks.

He, however, did not say what those definite measures would be.

“Enough is enough. We will take definitive measures”.

News Agency of Nigeria (NAN) reports that the attacks on Nigerians are part of wider xenophobic attacks on foreigners in the rainbow nation.

South Africans had on Sunday begun fresh attacks, looting and burning of businesses and properties belonging to foreigners and in the process killed three people, while another is still receiving treatment for smoke inhalation.

The attack which was second of it within a week began on Sunday morning in Jeppestown area of Johannesburg when a building was set on fire by angry mobs.

Similar violence had occurred on Aug 28 in Pretoria Business District as indigenes angered by the death of a taxi operator apparently thought to be killed by a Nigerian went on a rampage.

The said driver was, however, allegedly killed by a Tanzanian which sparked the violence that resorted to the looting of shops owned by Nigerians and some other foreigners in that country.

NAN reports that the government of South Africa had threatened a crackdown but has so far been unable to prevent acts of violence.

On Aug. 28, President Muhammadu Buhari and his South African Counterpart Cyril Ramaphosa met on the sidelines of a Summit in Japan and both leaders agreed to meet in October.

This latest development indicates xenophobia will be top of the agenda when both leaders meet.