Niger govt to strengthen relations with UNICEF, other devt partners 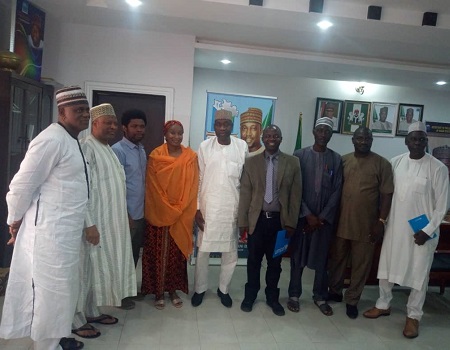 THE Niger Government is to maintain the existing partnership among the United Nations Children’s Fund (UNICEF) and other development partners for the progress and development of the state.

Alhaji Ahmed Matane, Secretary to the State Government, made this known when officials of UNICEF paid him a courtesy visit in his office in Minna on Friday.

Matane gave an assurance that the collaboration between UNICEF and the state government geared toward the provision of qualitative education, health, water and nutrition would be sustained.

According to him, the state government will explore its various natural resources to boost food production so as to improve nutrition among residents of the state.

“Nutrition begins at home based on the diversity of the food system that exists in the state.

“The government in collaboration with UNICEF will work toward building the capacity of our public servants in various areas including nutrition.

“There is a need to introduce Nutrition Education in our schools’ curriculum for our young students to understand the place of nutrition in human life.

“People must have a diversity of the food they eat in order to get the nutritional needs of the body,’’ he said.

Matane said that the issue of nutrition needs collective efforts of government, individuals and development partners.

Dr Zakari Adam, Chief Field Officer, UNICEF, Kaduna, noted that the team was in the state to review activities that had been carried out between UNICEF and the state government from January to June 2019.

He gave an assurance that the existing partnership between UNICEF and the state government would be sustained in order to attain the Sustainable Development Goals (SDGs).