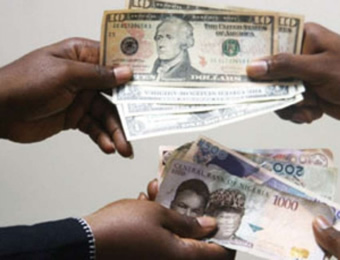 Despite a significant increase in foreign exchange (dollar) supply on Wednesday, the Naira depreciated at both black and official markets.

Findings from abokiFX.com, a website that collates the parallel market rates in Lagos showed that the local unit exchanged hands with the greenback currency at N535. 00 per dollar ($1).

This represents a N3.00 or 0.56 per cent devaluation from the N532.00 it traded in the previous session on Tuesday.

Similarly, the Naira weakened against the U.S dollar at the official market on Wednesday as foreign exchange supply rose significantly.

According to data posted on Financial Markets Dealers Quote (FMDQ), securities exchange window where forex is officially traded, naira exchanged hands with the hard currency at N411.50 per  $1 at the segment.

This implies a N0.83 or 0.20 per cent depreciation from the N410.67 rate it traded in the previous session on Tuesday.

Foreign exchange supply increased by 130.60 per cent with $295.39 million recorded at the market segment as against the $128.11 million posted in the previous session on Tuesday.

Dealers say the domestic currency touched an intraday high of N400.00 and a low of N412.16 at the trading session before closing at N411.50 at the close of business on Wednesday.

The spread between the parallel market and  official market rates stood at N123.50 as of the close of business on Wednesday, which leaves a disparity of 23.10 per cent

The apex bank earlier on Tuesday revealed that it is not worried about the Naira’s valuation but boosting the supply of dollars in the currency market.

This was disclosed in a report by Reuters on Tuesday morning during a virtual investor conference.

Director of Monetary Policy, Hassan Mahmud said, “We are not really bothered much about valuation. What we are worried about is the supply side and the confidence in the system.”

Mahmud added that the level of the currency is expected to adjust based on demand but that market failure had made the bank adopt a managed float regime.

It should be remembered that the CBN has been trying to curtail a dollar supply problem with policies, such as ordering of banks to publish on their websites, the names and Bank Verification Numbers (BVN) of customers who participate in fraudulent and unscrupulous tactics to obtain foreign exchange from banks.