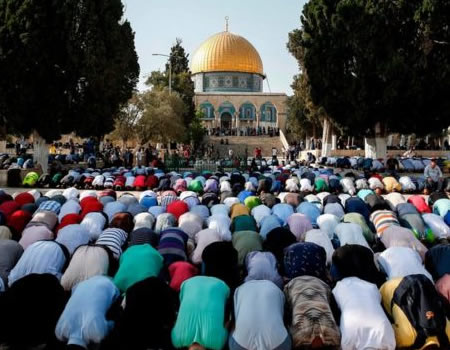 MUSLIMS have been implored to make provision for their retirement and make adequate arrangement for their inheritance in accordance with Islamic principles.

The chairman of Al-Ameen Welfare Foundation, Alhaji Shakiru Adisa Saminu, made the plea in Lagos while addressing members and guests at the 10th anniversary of the foundation.

Alhaji Saminu stressed the need for workers in paid employments to make alternative retirement plans in order to guard against disappointment caused by difficulty in accessing official pension and gratuity.

He also challenged his audience to cultivate wise spending and saving habit as well as investment in real estate.

He said the foundation was founded on October 10, 2010 to enable members enjoy interest-free credit in accordance with Allah’s injunction.

The foundation has since expanded to include thrift and credit scheme, business investment scheme, welfare scheme, target savings scheme as well as asalatu group and a group of schools.

Delivering the anniversary lecture, the missioner of the foundation, Alhaji Tajudeen Oladoyin, implored Muslims to make provision for sharing their inheritance in accordance with Islamic principles while they are alive.

He said Muslims should make formal statement indicating that their property should be shared according to Islamic law on inheritance in order to avoid rancour and contestation after their demise.

Reassessing our claim as ‘practising Muslims’