Reassessing our claim as ‘practising Muslims’ 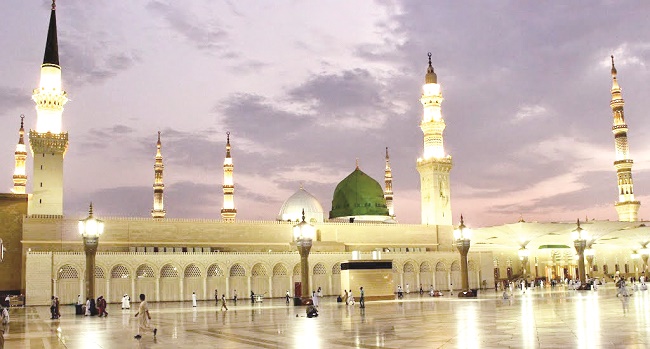 I pray five times a day. I fast the month of Ramadan. I pay my zakat. I have performed the hajj more than once. I participate in Islamic activities in the mosque. I am a contributing member of an Islamic organisation. I practise remembrance of Allah. I donate to charities. I then am entitled, it would seem, to consider myself a practising Muslim.

It is fashionable in religious circles these days to use terms like ‘practising Muslim’ or ‘practising Muslimah.’ By this, it is commonly understood that one practises the so-called five pillars of Islam. In many Islamic magazines, even the matrimonial ads use this term.

Sadly, it seems the emphasis is more on the observance of rituals in order to be called a practising Muslim or Muslimah. But is it enough that we are simply physically practising these rituals?

What about the importance of our aims and objectives? What criteria should we use to assess our objectives? And, how are we to ensure that our objectives are being met or that we are, at the very least, moving in the right direction?

We must ask ourselves if, in good conscience, we can continue to simply follow repetitive ritual while we can observe and confirm that the advance of Muslims in the world from a moral, humanistic and quality of life perspective is only getting worse.

In what way are we achieving Prophet Muhammad’s (PBUH) aims for us if we have settled into repetitive patterns without reflective, discerning and deep thought in regard to our place in the world and the contributions that we could be making had we not fallen into a coma of repetitive action?

Today, a very large number of Muslims are praying, fasting, giving zakat, performing hajj, yet they are not getting the same results as did the Muslims in the time of the Prophet (PBUH), a time in which Muslims did these very same rituals. We need to figure out why.

Instead of engaging in theoretical explanation or presenting excuses, let us look at a few examples illustrating instances when our rituals have failed to give us the insight needed to respond thoughtfully and compassionately as our Prophet (PBUH) would have expected of us.

Imagine it is extremely cold. A chilling wind is blowing. And a worker is looking for a job. His children are hungry and have not eaten for days. His wife is sitting with her young children in a decrepit shack with no heating. She has gathered some dry branches, grass, and leaves during the day. She lights them to provide some warmth and diversion for her hungry children. It is approaching evening and she is waiting for her husband.

But her husband returns home without any food. The children run to their father as the wife glances at her husband’s grief-stricken face. Teardrops were barely clinging to his eyes, as his wife asked him if there was any luck in finding work. In a low, barely audible tone he replies that despite spending the whole day searching and begging for work, he was not able to find any work.

At this same time in a nearby mosque, courtesy of a well-known rich religious leader, a lavish carpet is being laid down for Muslims to pray on. The many Muslims at the mosque exchange glad tidings with each other, shouting greatness of Islam, as the Imam promises a palace in heaven to the donor of the carpet.

Imagine a child whose father passed away and whose mother is forced to work day and night in order to raise him. One can imagine how hard it must be for a woman to find work if it is difficult for a man to find one. Many times the child goes to school on empty stomach. Can you dare to imagine the feelings and thoughts going through a mother whose child goes to school on an empty stomach?

What kind of painful emotions she must be experiencing about her son, a dear innocent soul, a symbol of poverty and misfortune? While returning from school, he notices a house at which there seems to be a rather large gathering. Many types of fruit, varieties of desserts and candies are spread on the tables. Today, a rich Muslim’s son is about to break his very first fast. The hungry orphan just watches and then passes away. No one takes any notice of him.

He is a healthy 18-year old, whose father was a construction worker. Unfortunately, one day, his father fell from the roof of a building and was killed. The builder simply puts someone else on the job and there is not even so much as an inquiry as to who was orphaned and who was widowed. Following this tragedy, the mother is forced to toil day and night to sew clothes in order to raise her son. One day her son becomes ill.

There is a doctor in the neighbourhood who writes free prescriptions for the poor. The mother gets the prescription from him but cannot afford the medicine, but believe me, she tries. On this dark, rainy night she goes to every house asking for some loan so that she might get the medicine for her son. Her plight is evident to everyone; her prescription is in her hand and her son is seriously ill. Yet no one loans her a single penny and that poor young man agonisingly takes his last breath in his mother’s arms.

All this happens on the same day that a special train departs with people on their way to hajj. Flowers costing hundreds of dollars are strewn about on the station floor, in their honor.

She brings her two-year-old very sick son to the city hospital from her village. Her brother comes along with her. They are poor. Her brother thinks he would find a job in the city, but he is not able to.

The son dies. Despite weakness and hunger, she carries her dead son on a horse carriage with whatever few possessions they have (including the shroud of the dead son in a worn out bag); then someone snatches their bag and runs away. No one comes to their rescue in this very religious Muslim city filled with beautiful mosques and pious worshippers.

We find many such examples today.

With such examples emblematic of the apathy within our current Muslim societies, how can we be surprised that our five pillars are not producing the quality of society as they did for our Prophet (PBUH) and his companions? Remember the Prophet’s hadith? If a single soul in a town goes to bed hungry then Allah’s protection is lifted from that village. Is it any wonder then that Allah’s wrath has engulfed us?

The Qur’an covers all aspects of life and is there to offer us insight into ‘how’ to live. That means Islam is a system of life. Other religions advocate personal relationship between the individual and God. Islam, on the other hand, in addition to personal aspects, addresses societal aspects.

To this end, Islam considers every believer to be an extremely important individual, whose every action and struggle will have an effect on the society at large.

When every part in its place functions in a coordinated manner then the system will produce the desired result, just as a car does. But, if various components are unaligned, no matter how much effort is put into improving the individual components, they will not produce the desired result. This is what has happened to us. We have compartmentalised Islam into separate components, i.e. prayer, fasting, etc., and as a consequence, our efforts are not producing the results we would expect.

Yet, if we study the Qur’an carefully, then it will become quite obvious that a people who are satisfied with their state of indignity, dependence, hopelessness and insecurity are a people experiencing Allah’s wrath (1:6). We know that a particular people upon whom Allah’s wrath has fallen, cannot declare themselves as being the recipients of Allah’s blessing by simply going through repetitive rituals. We need to recognise that compassion and mercy, engagement with others, and genuine self-sacrifice are key aspects to our faith for a reason.

This is Allah’s immutable law. If we look to the period of our Prophet (PBUH) and attend to the programmes and plans of Muslims in those days, will we not find that the very same pillars of faith that transformed that society are the pillars we honour today? Yet, the Prophet’s early community deserved to call themselves ‘practising Muslims.’

In circumspect reflection, we must acknowledge that our practice of those very same pillars seems to have taken us nowhere. Not only should we then refrain from self-acclaim in pronouncing ourselves to be ‘practising Muslims’, but more importantly we must spend time in self-examination and reflection in regard to correcting our errors, and then seek to rebuild and establish a society truly worthy of the name, ‘practising Muslims’. We are given the book of guidance that shows us how. We need only attend to the message given.