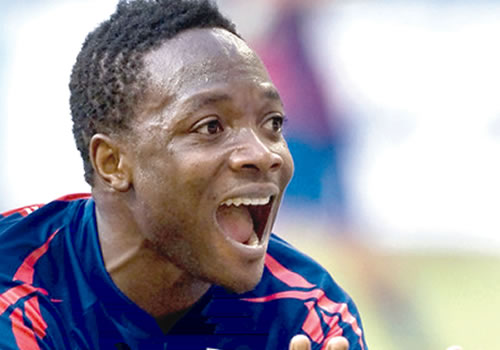 Nigeria international, Ahmed Musa is expected to join up with the rest of the Leicester City squad at their training camp in Austria next week after he has completed his transfer from CSKA Moscow.

The Russian champions have moved quickly to replace Musa after they agreed a loan move for Ivorian giant striker, Lacina Traore.

Another Nigeria striker, Aaron Samuel, could have been his replacement at the army club, but while on loan at the Russian club he suffered a long-term knee injury, which required surgery and he will be out for close to a year.

Traore has featured for Premier League side, Everton and Monaco in France.

Musa’s transfer will be announced at the weekend after he has passed his medical.

His transfer fee is out at between 16 million and 18 million pounds and it is a club record.