by Tribune Online
in Entertainment
Reading Time: 3 mins read
A A 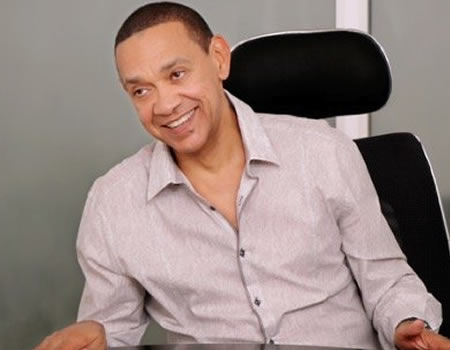 The Managing Director, CMC Connect, Mr Yomi Badejo-Okusanya, alongside Professor Labode Popoola, the Vice-Chancellor of Osun State University, Osogbo, have insisted on a renewed focus on the creative industry.

Badejo-Ojusanya disclosed that Nigeria’s future economic survival would rest on the strategic projection the nation makes towards its underexploited economy, noting that the creative industries such as the movie and the music industrries were areas that needed more intervention by investors.

Speaking at the 75th birthday of Mr Goodie Ibru, the founding Chairman of Ikeja Hotels, during the discussion on the topic, “The Nigerian Business Climate: Challenges of an Underexploited Economy” during the week in Lagos, Badejo-Okusanya spoke about the significance of building a film studio in Nigeria.

He said: “When looking at the areas of the economy that has not been exploped, we must consider the creative industry.

“We must refocus our attention of investment on industries like Nollywood and the music industry.

“I was travelling from the United Kingdom to America and had reason to use the bathroom. While there, I heard Dbanj’s song being played on the system at Metro Airport, London. I felt so proud of what we are doing here in Nigeria.

“What this means is that jobs will be redefined. The critical question is where do we stand in all of these? How prepared are we for this age. What do we have to offer?

“For instance, there is no film studio in the whole of sub-Saharan Africa. But when you go to Los Angeles, United States, there is what is called a universal studio, where anyone in the world can go to produce any kind of film.

“With such a thriving movie industry, why can’t we build a film studio in Nigeria such that people can come from all over Sub-Saharan Africa to run their films in Nigeria?

“These are things that banks can come together or a developmental bank can put money together to ensure we develop such industry. We have got to look away from the status quo industry and profession, if we will have a more rounded and developing economy.”

While delivering his own lecture, Professor Labo Popoola noted that the rebasing of the economy in 2014 which highlighted the role of the creative industry among others was “cosmetic” since “Nigeria’s economy remains dangerously susceptible to its mono-product, crude oil.”

He called for the decentralisation of the economy, expanded infrastructure and innovation as some of the measures that will enhance the ease of doing business in Nigeria.

Ibru in his speech, however, stressed the role of tourism and hospitality in the economy of every country. He

said, “Every country in the world pays important attention to tourism and hospitality. This is because they enjoy it and because it makes very useful contribution to the national economy.”