Entertainment
By Newton-Ray Ukwuoma On Jun 10, 2017 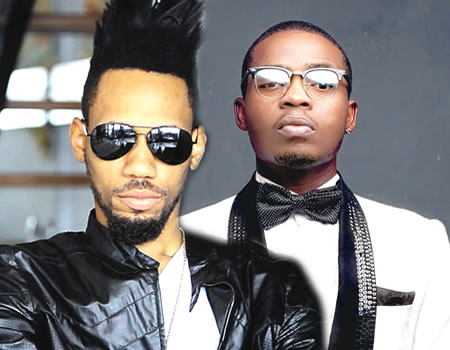 Eleven A-list Nigerian actors and singers, were assembled during the week at the Best Western Hotels Etete, Benin City, Edo State for the Mega Music show organised by Globacom.

There, the stars illuminated the entire city.

as well as Nollywood divas, Mercy Johnson-Okojie and Ebube Nwagbo, who anchored the event, all ensured the people of Benin City were provided a complete package of entertainment.

There was dance, drama and excellent performances by the team of stars.

The evening of glamour was also complemented by the presence of two of the biggest names in Nollywood, Richard Mofe-Damijo (RMD) and Patience Ozokwor (Mama G) as celebrity guests.

Before the stars went on stage, high-riding female disc jockey, DJ Lambo, treated the audience to hot vibes from her jukebox, while Mercy Johnson-Okojie and Ebube Nwagbo enacted a bit of their acting prowess on stage while introducing the celebrity guests of the evening

Johnson-Okojie, whose husband is from Edo State, delightedly paid respect to her in-laws in their local Esan language. 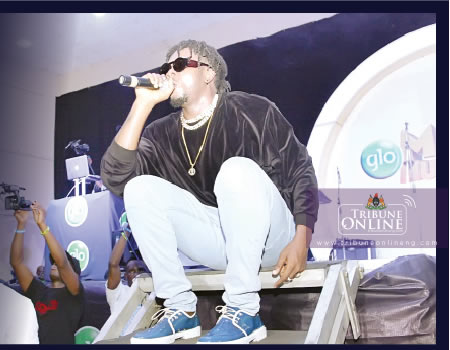 The show began with singing and dancing competitions for young men and women in the audience, and this was followed by performances by up-and-coming artistes from Benin City and environs. Among those who utilised the opportunity to showcase their skills were 2Soul, Miyake, Waziri Jnr, 3.6, Viscular, Rasman Sugarman and R and A.

Shortly afterwards, Marvin Records singer, Reekado Banks, came on stage to herald performances by the more established singers. He skilfully delivered some of his hit tracks such as  Noni, Ada, Oluwa ni and Gbedu.

Omawumi then followed with her usual energetic performance and powerful vocal delivery, which delighted the audience. The next artiste to perform was Kiss Daniel who dazzled the crowd as he danced and jumped excitedly across the stage while performing his popular tracks, Mama, New King, Gobe and Woju.

More fun was to come for the audience as dancehall artiste, Runtown, came onto the stage next. He raised the entertainment decibels higher when he sang his hit track “Mad Over You” which sent the hall into a frenzy. Then Chinedu Okoli, popularly known as Flavour, took over the truncheon. The Nabania star gave the crowd a night to remember for a long time to come with his singing ability and stage craft.

The excitement in the hall continued when reigning ethno rapper, Phyno, was announced as the next act. The rapper thrilled the crowd and got his fans to sing excitedly with him. He was about rounding off his hit track, Fada Fada, when he was joined on stage by Olamide who received a thunderous ovation. The crowd surged forward to get a good feel of the rapper regarded as the King of the Streets. It was a worthy ending to the spectacular show.

Glo Mega Music Tour moves to Abuja next week. It will be held at the Old Parade Ground, Abuja, on Saturday.