Multinationals’ resistance against PIB is not illegal —Ofehe

Politics
By OSARETIN OSADEBAMWEN On Mar 27, 2020 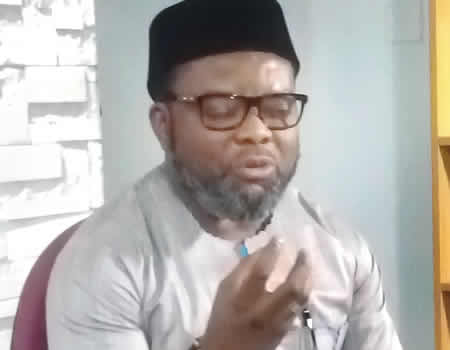 Sunny Ofehe is an environmental activist and a former governorship aspirant on the platform of the All Progressives Congress (APC) in Delta State. In this interview with OSARETIN OSADEBAMWEN, he said Nigerians should see the PIB as a national project as against the view that it is a regional bill.

THE Petroleum Industry Bill (PIB) has undergone various stages since the fourth Assembly, even as the ninth Assembly vowed to break the jinx by passing the Bill, as against the perceived determination of the multinationals to kill the Bill. Do you see it scaling through?

What is happening around the PIB in Nigeria is not totally different from what is obtainable within European parliaments. When you are seeking the passage of a piece of legislation, there are always contending interests; each would be engaged in lobbying the legislators for or against such a contentious bill as the PIB so that their interests will be preserved. At the European parliament, you have offices within the complex for lobbyist. I do not think we have that here at the National Assembly. You have a lobbyist group dedicated to various interests of industries, products and ideas. These lobby groups are funded heavily by the respective companies that they represent to defend and push their policies on the floor during plenary.

I am very much aware that that the multinational companies are lobbying to see that this piece of legislation does not successfully get passed by the National Assembly. I was once called to canvass for 20 per cent for the host community when Mrs Diezani Allison-Madueke was the Minister of Petroleum and Senator David Mark was President of the Senate. It was a joint Committee of the Petroleum Industry Bill, then chaired by Senator Emmanuel Paulker. I came in from the Netherlands and made my contributions alongside other civil society. We were divided into three groups to make representation for the government, multinational organisations fighting the bill and the civil society groups which were standing for the host communities in the PIB. The ambassadors of the countries of these multinational companies were present at the public hearing. It goes beyond just the companies in a country; they are backed by the government from where they come. Now when you have this kind of situation where the executive arm is determined to pass such a bill and it is facing resistance from the oil companies, the pressure would now fall on the legislative arm not to pass it because some people have been lobbied to defend the interest of the multinationals.

What then do you think is the way out of the impediments to the passage of the bill?

As things are now, you will need the civil societies to carry out massive grass root campaign and express their willingness to ensure that the bill be passed into law. This can be done with the presentation of the facts and the figures needed to enlighten the people so that they can put pressure on their representatives. What the multinational companies are doing is not illegal. However, most of us expect that after more than 50 years of oil extraction in Nigeria, the operation of the multinationals in the oil and gas sector should be regulated by a legislation to ensure that certain activities carried out are punishable by law or if the multinationals are not living up to certain responsibilities expected of them, they can be legally forced to live up to such expectation.

Traditional rulers are heads of their respective domains where some of this oil wells are explored, can they really be part of this campaign without being misunderstood?

In any society, the traditional rulers play very significant role, whether it is with the PIB or any other issue, because they represent the interest of their people. However, we have seen the activities of these multinational companies, where they deliberately create a divide and rule tactics over the people. I know some oil-rich communities where the words of the traditional ruler are not taken to heart by the people. This is because the multinationals working in this part of the country have decided to work side by side with ordinary persons, where they observe that the individual has political clout to influence a large number of youths who can foment trouble against their activities. The traditional rulers have been rendered voiceless. Even when they call for meetings their voices are not harkened to. It will amaze you to know that some of these traditional rulers are going through very tough times, let alone reach out to others.

I have interviewed a few traditional rulers and they have expressed their frustrations. While they know what role and how they should play it in the process, they have been faced with so much frustration and it is difficult for some of them to live in their own communities because they are going around fighting for their own daily bread. You also recall situation we read in the newspapers where some criminal elements among the youths run against the law and when the military invade the affected communities, it is the palace of the traditional rulers of these communities that are first attacked and even some of them were arrested. This also have its own backlash.

Do you think the traditional rulers have the political will to be able to push this mandate?

The traditional rulers have roles to play as custodians of the host communities they represent the interests of their own people. Having said that, there is however, the need for them to come together and work for their own people and carry out a united front to secure the delivery of the PIB. That is where the civil societies come in to use them by creating the platform for the traditional rulers to engage themselves. Again, that is another challenge altogether. The civil societies that should make for synergy among the traditional rulers across the divide are also faced with their own funding limitation. This situation takes the ball back to the respective state governments and beneficiaries of the change being championed. The state government should be able to provide the relevant funds that would be needed to organise conferences and seminars to educate people and use that as an opportunity to organise events where members of the National Assembly and their counterparts from the states would meet to engage and express themselves on the issue.

Is the PIB a Niger-Delta bill or a Nigerian bill and if it would enhance an increased revenue to the national coffers, should it not be the responsibility of the lawmakers to ensure it is passed in the national interest?

It is not a Niger Delta bill but a Nigerian Bill because the revenue to be generated from the oil and gas sector accrues to the national coffers from which much portions are shared to the states and regional intervention funds. 90 per cent of our revenue and GDP are sourced from oil revenue. When you study all the details of the bill, it is the way forward for Nigeria; that is the way forward for the economy, for the host community and for the oil companies operating in the Niger Delta area. It is also the way forward for the environmental challenges associated with oil and gas operations in the area. The bill tends to cover everywhere; even now that they have split the bill into various components, it doesn’t still solve the problem. We would still come down to the level where we would all work collectively for the whole bill as put together.

I am happy that the executive arm is pushing for the passage of the bill. We should not see it as a regional bill for the benefit of the people of the Niger Delta. In fact, it would even benefit the country much more than the region. Of course, when you have about 20 per cent going to the host community, the host community will become secure because it knows that 20 per cent of the proceeds from oil production will come to it. It will therefore secure the assets, the operations and the manpower and everybody would be happy at the end of the day. Also, the bill will generate revenue for local and state governments because royalties would be paid to them. I do not see the reason people would work against the bill. It is a national project.