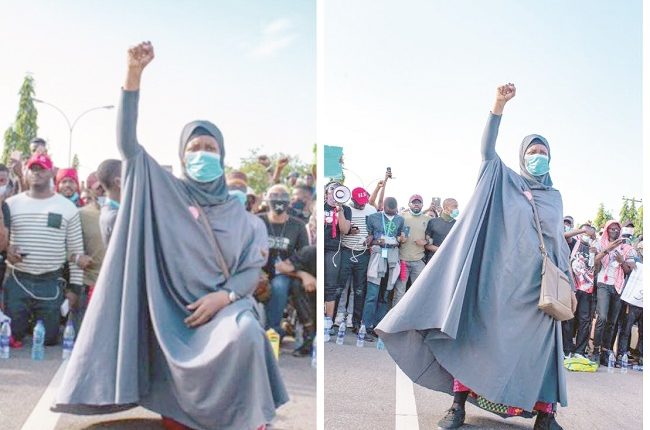 the Muslim Media Watch Group of Nigeria (MMWG) has described the disbandment of the Special Anti-Robbery Squad (SARS) as a painful setback to efforts to ensure national stability.

It described the brutality unleashed on the people by the defunct SARS operatives as worrisome but called for caution as regards the continued EndSARS protests in different locations across the country and beyond.

The group, in a statement in Abeokuta by its coordinator in the state, Alhaji Kamaldeen Akintunde, said the persistent public demonstrations had become unjustifiable since the government had taken the initiative to address the demands of the protesters.

Reminding the protesters that “two wrongs can never make a right,” the group admonished Nigerian youths to always exercise restraint and eschew violence in the exercise of their rights.

It appealed to them to embrace the culture of moderation, sensibility and maturity in carrying out lawful and genuine protests to express their anger over perceived unpopular policies.

The MMWG commended President Muhammadu Buhari, the National Assembly and state governors for their handling of the EndSARS protests.

It called on Nigerians to exercise patience on the new police formation, the Special Weapons and Tactics (SWAT), announced by the Inspector General of Police, Malam Mohammed Adamu, to fill the gap created by the disbandment of SARS.

The group urged the police boss to ensure professionalism and conduct devoid of human rights abuses, extrajudicial killings and corruption by the new unit.

It described an overhaul of the police as a way out of the country’s law enforcement quagmire.

Meanwhile, the group criticised the gesture of the Ogun State governor, Prince Dapo Abiodun, to the winner of this year’s edition of the reality television show, Big Brother Naija (BBN), Lekan Agbelesebioba, alias Laycon, describing it as misplacement of priority and injudicious use of public funds.

It noted that the governor’s action amounted to celebrating frivolity, immorality and indecency which “the BBN represents.”

The MMWG, in the statement, said: “The fact that several youths in the state have done the state proud by winning laurels at national and international forums in literature, science, sports, etc and which were not adequately rewarded has made Laycon’s celebration a mockery of excellence.

“While understanding the dilemma of the governor in maintaining a balance between political considerations and ethical values (by way of appreciating relevant constituencies and groups), the MMWG feels the style or approach could have been further reviewed as states’ chief executives must always be exemplary and noble in their actions.”

The Emir of Zazzau, in Kaduna State, Alhaji Shehu Idris has died in his palace at the age of 84…MMWG calls for caution

His son, Aminu Shehu Idris, confirmed in an interview with the Tribune Online that his late father who was appointed on 15th February, 1975 and spent 45 years in the throne died on Sunday after a protracted illness…MMWG calls for caution