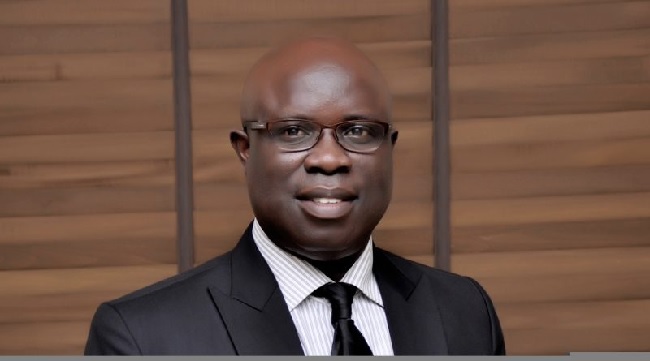 Ahead of the October governorship election in Ondo State, former Commissioner for Education and the Attorney General of the state, Mr Remi Olatubora, on Monday, formally dumped the Peoples Democratic Party (PDP) for the ruling All Progressives Congress (APC) in the state.

Olatubora who joined APC with his teeming supporters in Ode Irele in Irele Local Government Area of the state, including the former regent of his town, Ode-Iyansan, Prince Samuel Ajiboye, who also declared for APC.

While Olatubora said the monumental achievements recorded in the last three years by governor Rotimi Akeredolu led administration responsible for teaming up with APC, the regent said he decamped to APC in solidarity with Olatubora.

The regent said Olatubora had been able to attract developments to the community while in PDP, noting that all the infrastructural and human capital development in the town are facilitated by him during the last administration.

He said: “All available government presence in Ode-Iyansan today, including the 28.5 km asphalt road from Ajagba to Iyansan, the U.N.A. Mega Primary, 10 bed Community Health Centre and an industrial borehole that serves the entire community were constructed and commissioned by the government of Ondo state when Mr Olatubora served as Commissioner.”

Speaking, Olatubora said the Akeredolu led administration has transformed the state in its three and half years at the helms of affairs.

He said the monumental achievements “in areas of infrastructural and human capital development and the need to ensure equity in the eight years tenure for a governor which started with the immediate past governor, Dr Olusegun Mimiko, are some of the reasons for supporting Akeredolu and APC.

He said: “We have all witnessed and seen unprecedented infrastructural development in the state carried out by Akeredolu’s government; the massive road construction as well as the strengthening of the health sector and even the agricultural sector.

It will be recalled that Olatubora, who is the immediate past Attorney General of the state recently resigned from PDP.

The legal luminary from Omi-Iyansan ward in Irele moved to the APC with the over 1500 members of the PDP including a retired Navy Captain, Eniola Dodolewa.

COVID-19: Not Yet Uhuru •Will Nigerians’ Indifference Spark Its Second Wave?
The spate of the deadly coronavirus pandemic surged from over three million cases in April to over twenty-six million cases in August. But while it is still increasing in some parts of the world, the infection rate, according to the figure released by authorities daily, is reducing in Nigeria…
Olatubora dumps PDP for APC
Yoruba Summit Group Issues Red Alert On Nigeria
THE regular meeting of the Yoruba Summit Group has ended. It undertook an in-depth review the state of Nigeria in relation to the interests and aspirations of the Yoruba Nation…
Olatubora dumps PDP for APC