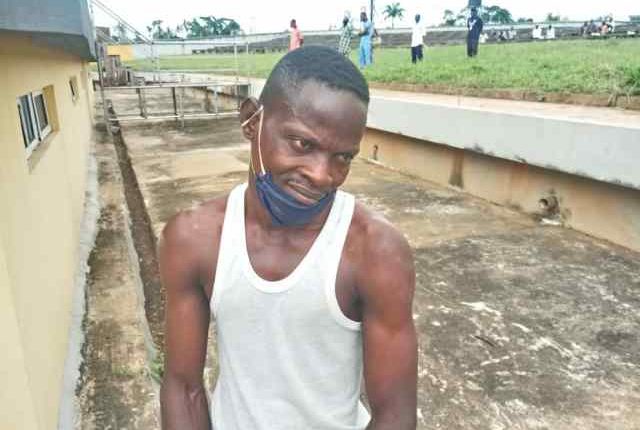 One Kareem Taiwo is currently in the custody of security agents in Ibadan for claiming to be recruiting Amotekun corps for the Oyo State Security Network Agency.

Kareem was trailed by the security agents, following a notice he pasted at Adamasingba Stadium, venue of the ongoing recruitment, where he asked those interested in joining Oyo Amotekun Corps to contact him.

In the notice posted at the venue on Sunday, Kareem included his phone number for persons interested in being recruited to put a call through to him.

Via the notice, the management of Amotekun on Monday trailed Kareem till he was apprehended at 11:45 am.

Kareem, from Ibadan North local government area, was subsequently handed over to the security agents for prosecution.

Upon interrogation, Kareem Isiaka, a middle-aged man, attributed the act to the work of the devil.

He disclosed that only one person had so far called him regarding Amotekun recruitment.

Speaking on the arrest, Chairman, Oyo State Security Network Agency, General Kunle Togun (rtd) urged members of the general public to be wary of fraudsters in their quest to become members of Amotekun corps.