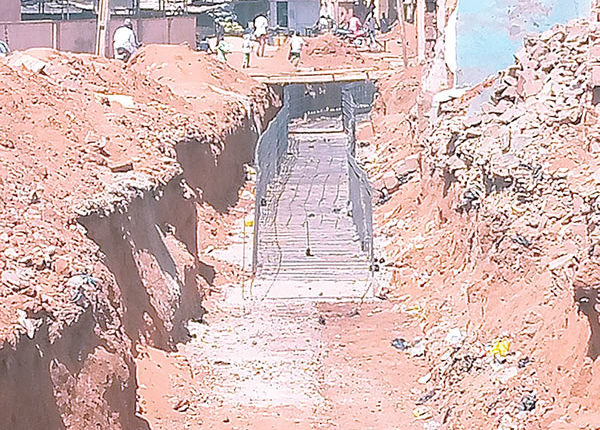 Residents of Mabera community in Sokoto State have commended Governor Aminu Tambuwal over the ongoing construction of drainage in the area.

Some  residents who spoke to Nigerian Tribune during an inspection tour by newsmen to the area described the project as a welcome development.

They appealed to the state governor to do everything within his power to deliver on schedule.

Hajia Hawau Ibrahim, in her remarks said she is the luckiest person in the environment due to the project.

She said for the last eight years that she has been living in the area, rainy season has always been a nightmare due to flood in the area.

She, however, appealed to government as well as the contracting firm handling the project to ensure the completion of the project on schedule.

Also speaking, Mr Mukhtar Ibrahim described the project as not only timely but commendable.

He assured that residents of Mabera have decided to take ownership of the project when completed to ensure that it serves its purpose to every resident.

Meanwhile, the representative of NEWMAP told newsmen that the eight months duration of the project will be adhere to by the contractor.

He said the project covered a land space of 18.59 kilometres with 17 drainages.

The drainage, according to Yabo, includes four major drainage as well as 13 sub drainage across the area.

While commending the efforts of the  state governor, Yabo also thanked  the state Commissioner for Environment, Alhaji Sagir Bafarawa for all the assistance rendered to the organisation by making sure that the project is delivered on time.