Leaders and imperative of self development 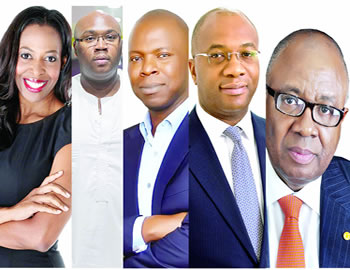 One of the best gifts a leader can give those around him is a consistent and continuous improvement of himself. This is important because people’s destinies are tied to their leaders’. Put differently, the fortune of a people is determined by their leader’s ability or lack of it. What they do, what they get and what they become are tied to the quality of the leadership provided. Since a person cannot bequeath what he lacks, it means for the followers to get better, the leader must not be satisfied with the status quo. He must be on a journey of continuous improvement. If a leader puts a cap on his personal improvement, he has put a ceiling on the improvement of the people who look up to him and a lid on what they can accomplish.

While it is true that a leader is expected to develop those who work with him, it is also incumbent upon him to develop himself. The quality of leadership provided by a leader is determined by the level of self-development the leader has subjected himself to. A well-developed leader will take great decisions that will have a great impact on his organization’s people and process. A leader is expected to stretch his people with a view to increasing their capacities. By stretching them, the leader opens his people up to opportunities which they might have been ignorant of. But it is only a leader who has stretched himself that has the capacity to stretch others. So, a leader must first develop himself before venturing into developing others.

Then, in a fast changing environment, a leader must be up to date to meet the demands of the times. It is for this reason that a leader must ensure that he is well-informed so that he can take excellent decisions without much ado. It is failure to pay attention to the requirement of the future by limiting interest to the competences required for the moment that causes companies to get stuck in the markets they serve. A company should redefine what’s possible, rather than simply meeting pre-existing goals and standards. An organization should not only be concerned about the present; it should also make plans for the future. But the type of preparations made for the future by an organization is determined by the leadership it has because it is the leader’s responsibility to guide an organization into taking the decisions today that will grow its fortune tomorrow. But if the leader is not equipped for this, he would be found wanting and this will affect the organization’s level of preparedness for the future. So, it is vital that a leader must engage in continuous self development.

A leader is expected to show others the way. For him to effectively do that, he must know the way. Leadership is the ability to breathe life into others; it is the ability to give others what they cannot give themselves; it is also the ability to show the people what they do not know about themselves. Doing these requires that the leader must have essential information, which could be technical or general, at his finger tips.

Leaders develop themselves through various ways.

One way leaders develop themselves is by subjecting themselves to continuous learning. A good leader never considers himself knowledgeable enough; he always wants to improve on the knowledge at his disposal. For a great leader, no information is trivial, especially if it has to do with his core operation. One of the things that mark out great leaders is their appetite for knowledge. They seek new information that can be helpful to them in the discharge of their duties. A good leader does not only get information about issues that have direct bearing on what he does, he also gets information about other things. A good leader wants to be a well-rounded person, so he gets as much information as possible on as many subjects as possible. This is done by reading books, journals and attending training programmes.

A good leader should read at least two good books monthly; one should be about his core business, the other about a general issue such as leadership, management, the environment, strategy etc. The wider a leader reads, the better he becomes and the more-equipped he is to meet the challenges of his trade.

In spite of their busy schedules, outstanding leaders still find time to attend executive training programmes. They do this because they know that it affords them the opportunity to exchange ideas with people from outside their immediate areas of engagement. This broadens their scope and helps them to get better.

A leader does not only learn new skills; he also unlearns inhibiting information. In this digital age, the rate at which knowledge becomes obsolete is high. So, a leader should not only concern himself with knowledge acquisition, he must also make it a point of duty to jettison old and un-useful information so that he does not base his judgment and decisions on wrong information or outmoded knowledge. By unlearning, a leader de-clutters his mind. This frees up the mind of possible misleading and dated information and enables him to absorb new knowledge that will increase his capacity to meet the demands of his office.

A leader improves his attitude

The essence of knowledge acquisition is to achieve a change in behaviour. One of the areas that should be affected by a leader’s learning is his attitude because this is vital to his success. A leader should ensure that his response to a situation is not determined by the situation but by the vision of the organization. It is the response that determines the outcome, not the situation. The situation is constant; it has already taken place. The only changeable variable is the response. So, the onus is on the leader to respond in accordance with the vision of the organization so that what has happened does not impact negatively on the mission the organization has set for itself. A leader is not always able to determine what happens to the organization but he is always in the position to decide how he responds to the situation. As observed by William James, “It is our attitude at the beginning of a difficult undertaking which, more than anything else, will determine its successful outcome.”

So, with the right attitude, every target becomes achievable.

One other attitude of a leader that should be affected by his learning is being positive irrespective of the situation. Organizations are bound to have crises at one time or the other. When these happen, the workforce looks up to the leader for direction. The leader must face the situation with the right attitude, he must avoid allowing the situation to dictate his actions. If a leader betrays his fears or allows the fears to determine what he does, it would be a Herculean task for him to motivate the people to do what is needed to overcome the challenge because he has already sent a wrong signal to them. So, as a matter of rule, a leader should have a positive attitude at all times.

To have the right attitude, a leader must not be in search of 100 excuses why a thing may go wrong, he should be content with just a reason why it may work out well. That should be sufficient to get him moving.

A leader improves his thinking

Every action proceeds from a thought. Knowing this, leaders make deliberate effort to improve on their thinking. They engage in critical thinking. Critical thinking is going beyond the obvious. A leader does not dwell in the realm of the obvious, he views an issue from all angles and this enables him to see things from a wider perspective. With that, it is difficult for any member of the group he leads to pigeonhole him or box him into a corner.

Improved thinking helps leaders to connect the dots. What this means is that they are able to see and plan ahead. This gives them an edge over others. Therefore, improved thinking is sine qua non for a leader because oftentimes he has to take a decision on the spot. Since nobody can practise what he has not become, the quality of the decision a leader makes is determined by the quality of his thinking.

A good leader knows that he is as good as the people he keeps around him so he tries to network with people who have the potentiality to add value to him. A leader builds a network of people who he can learn from. He does not only surround himself with minions who see him as the most intelligible person under the sun but relates with people who can challenge his thinking, challenge the status quo, stretch his imagination and expand his worldview.

The network a leader builds is critical to the success he can record because it enables him to locate resources and information outside his routine interactions. Every contact, apart from helping the leader to improve personally, is also a door that can open him up to a world of opportunities. Right connections do give leaders a leap.