•sues for peace after #EndSARS crisis 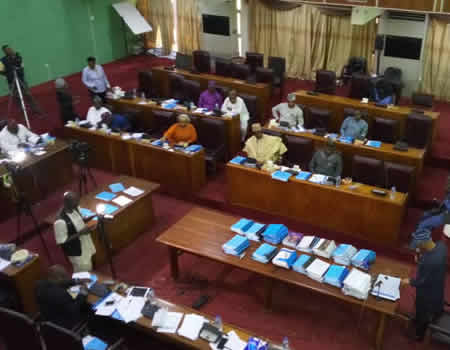 Residents in Lagos state have been assured of more developments in all facets of life by the Lagos State Government and advised to continue to embrace peace after the #EndSARS crisis in the state.

In his keynote address at the event with the theme: “Post COVID-19 Pandemic: The Challenges And Prospects’ Hon. Ganiyu recalled the efforts of the Lagos State House of Assembly in backing the state government to combat COVID-19 Pandemic that broke out in the country in March 2020.

The lawmaker, however, commended the citizens for their resilience and ability to adapt to the “New Normal,” especially brought about by COVID-19 in the face of the changing socio-economic situation that has led to a number of new businesses such as the local production of safety health kits; nose masks, hand sanitizers, delivery service and others.

“While assuring you that the 9th Assembly would continue to do everything within its reach to bring governance closer to the people to enable participatory governance, we urge you to continue to support the government by performing your civic roles.

“It is on this note that I urge you all to contribute actively and positively to the discussions for the progress of our community, local government and the State as a whole. We assure you that we will always represent you adequately,” he said.

Referring to the violence that followed the #EndSARS protest in the state, Hon. Sanni said that rather than allow the successes achieved by the Assembly’s intervention to be fully implemented, some miscreants hijacked the protest and decided to take laws into their own hands, unleashing mayhem on the State and destroying the means of livelihood of citizens along with a significant number of private and government properties.

Hon. Ganiyu said that Speaker Mudashiru Obasa addressed the protesters in front of the Assembly on Thursday 8th October and called an emergency sitting on Friday 9th, October 2020, where the lawmakers made some recommendations to the state government and the Commissioner of Police in Lagos State to protect the protesters and ensured that they were not molested.

“These miscreants with virtual impunity looted shops and malls including government warehouses, where COVID-19 relief packages were kept, killing innocent citizens and our gallant policemen as they razed down Police Stations, private homes, public utilities and infrastructure. They further attacked and desecrated traditional institution and our common heritage, he said.

He commended the youths of the area for exhibiting decorum and a great sense of responsibility.

On the recent gas explosion in Baruwa area of the state, the lawmaker urged the traditional rulers not to allow people to locate gas station indiscriminately in their vicinity.

He recalled that the explosion led to the loss of lives and properties, which he said was avoidable, adding that he was pained by the sad losses.

A representative of the Community Development Committee (CDC) in the area, Mr Ernest Olabowale Kasumu, in his contributions at the event, wanted the government to fix Yetkem Road, while Baale of Ijan, Kolawole Sebili spoke about the high electricity bill and urged the government to look Into it.

Mr Wahab Ogunjimi, another resident, advised the state government to help the youths in the area so that they would not become miscreants.

The Olu of Ipaja, Oba Kolawole Egundupe said that Hon. Bisi Yusuff is a responsible representative and that the canal in the area, which is Abesan River was in a bad state.

In his response, Hon. Bisi Yusuff said that the issue of electricity was being handled by the Assembly.

On Asipa Road, he said that it would soon be fixed, while Pako Area is being fixed.

He appealed to the Olu of Ipaja as well as religious leaders to pray so that the projects the government wanted to do in the area would not be difficult.

On employment for the youths, he said that the state government has provided an employment trust fund that would aid the youths to get jobs.

He also revealed that state housing projects would be provided in Command and Isefun areas of the constituency and that he has got approval for the projects.

The lawmaker revealed that he has helped several youths to get jobs in the state such as four medical doctors, three teachers and others.