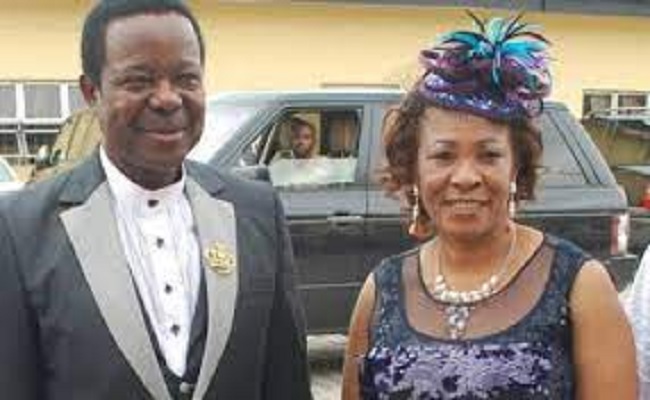 Less than 24 hours to his 75th birthday celebration, music legend, Chief Sunday Adeniyi Adegeye, fondly called KSA, has lost one of his wives who is also ex-lawmaker of the Lagos State House of Assembly, Honourable (Mrs) Risikat Adegeye.

Tribune Online gathered that the ex-lawmaker died early today, Tuesday, 21 September 2021, meanwhile the cause of her death was unknown at the time of filing this report.

According to a source “We lost the wife of Juju maestro, King Sunny Ade, Hon Risikat Adegeye. She died this morning in Lagos. May her soul rest in perfect peace.”

Though an unconfirmed report stated that Mrs Adegeye might have died of cancer.

It will be recalled that Honourable Risikat Adegeye was a former member of the Lagos State House of Assembly and was a two-time member of the Assembly Service Commission.

Adegeye represented Amuwo-Odofin Constituency 1 in the 7th Assembly of Lagos State House of Assembly between 2011-2015.

Hon Adegeye was one of the leaders of Amuwo-Odofin and her voice is very influential in the area.

However, the family and even the husband of the deceased, KSA was yet to release a statement at the time of filing this report.

In spite of the huge investment in the water sector by the government and international organisations, water scarcity has grown to become a perennial nightmare for residents of Abeokuta, the Ogun State capital. This report x-rays the lives and experiences of residents in getting clean, potable and affordable water amidst the surge of COVID-19 cases in the state…    King Sunny Ade loses wife, Risikat

The Lagos-Ibadan railway was inaugurated recently for a full paid operation by the Nigerian Railway Corporation after about a year of free test-run. Our reporter joined the train to and fro Lagos from Ibadan and tells his experience in this report…  King Sunny Ade loses wife, Risikat

CAN condemns attacks on churches, worshippers in Kogi