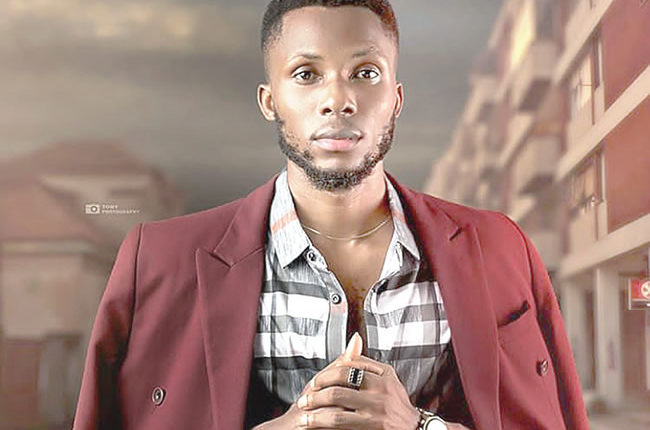 An American poet, Henry Wadsworth Longfellow once said: ‘Fame comes only when deserved and then it is as inevitable as destiny, for it is destiny’. For Ex- Big Brother Naija Housemate, Bright Ezekiel Osemudiame and Edo State-born sailor and marine engineer, a wait for professional certification became a wait for destiny. While he was hooked down in Nigeria due to the lockdown, he applied for the season five edition of the Big Brother Naija Reality TV show and was selected. Now, having made a name for himself via that platform, BrightO in this interview by FEMI OGUNTAYO recounts his journey into and outside the Big Brother house and his plans moving forward. Excerpts:

Let’s start with your journey into the Big Brother House, how did it happen, how did you feel when you were selected and did it occur to you that you’d be selected?

I was supposed to go for my professional certification in Cairo but the lockdown affected everything so I couldn’t go. So, instead of me sitting at home waiting for God knows when the border would be opened, then Big Brother Naija came around. I applied, I went through the process and I was opportune to be among the selected housemates. It was fun and I enjoyed every bit of it. When I heard about it, I was happy because it was like a dream come true for me.

What was your plan or strategy going into the Big Brother Naija House?

Going into the House, I had zero strategy, I just wanted to go in there to have my fun, make good friends, make sure I enjoyed my stay in the House, and I did just that.

How did your family and friends feel when you informed them you’d be going into the Big Brother House?

They were all very happy and excited for me. They were all supportive, they supported me in one way or the other and I appreciate them all. They gave me all kinds of support, financial support, moral support and what have you. So, they actually stood by me.

ICYMI: Can I wear the contact lens every day?

Now about your stay in the House, what do you think you did in the House that earned you the nickname ‘Lord Baelish’?

I would say because I was smart, calculative and I pay attention to details. Yes, so I think that was what I did that earned me that name ‘Lord Baelish’ ‘Little finger’. I want to correct the narratives about people saying I am cunning, or I am tricky, not at all! That is not my lifestyle, I am a straightforward person, I don’t like causing confusion or trying to knock heads together, that is not my way of doing things. I am a genuine person and I am friendly.

Do you think your time in the House was too short or you never expected to stay that long?

I won’t say it was too short, but I expected to stay longer than I did because my intention was to get to the final and probably win the grand prize. So far so good, I stayed six weeks, which was actually not easy, I actually made my mark and I give God all the glory.

During your time in the House, you didn’t make any intimate advance towards any of the female housemates, why was that?

Before going into the House, I had no intention of going into any relationship. So, while I was in the House, I made sure I stuck to that. It wasn’t as if I was not attracted to any lady in the House but when I say something, I like to stick to whatever I say. I don’t want anything to distract me; I am always focused whenever I want something. I like to achieve my goals, I like to stay focused and that was exactly what I did by not going after any girl.

Dorathy made some advances towards you but you weren’t looking at her side, instead you made her feel like she wasn’t your speck kind-of, was that intentional?

I don’t think I made her feel that way, of course she is beautiful. She has a good character, sense of humor, funny, generous and lovely. So, no, the reason why I didn’t go after Dorathy or pursue her per se was because of my reason of not going into a relationship in the House. Aside from that, she is a beautiful girl and everyone would like to relate with her.

Later Wathoni came into the picture and you guys started gelling and something was happening before both of you were evicted from my house. How do you see Wathoni?

Wathoni, on the other hand, is a beautiful girl, she is good but the thing is, I spent more time with Wathoni because I always have deeper conversations with her. But with Dorathy, it is only games that brought us together most of the time and most times she was always with some of her friends as well. So, I guess that was why I was closer to Wathoni than Dorathy, asides that, I cherish both of them and I give them the same level of respect; they are my good friends.

Now that both of you are out of the Big Brother House, will you go for her?

Well, I think she is very busy now, putting herself together and I am also busy putting myself together. So I guess when we are both done putting ourselves together we will know if actually something is going to work. For now, we are still busy trying to make some money.

What do you miss most about the House?

I miss the games, the sponsored tasks, the Saturday party, my friends; I miss a lot of things in the Big brother Naija house, I am not going to lie.

When you were evicted, how did you feel? Were you expecting it?

I was shocked; I was surprised like, damn! I was not expecting it at all; it was the last thing I was expecting, to be out at that particular stage? No, I was shocked.

If you were still in the House, what would you have done differently?

I wouldn’t actually do anything different though. Maybe I would try as much as possible to win more sponsored tasks, also win head of house games, even though it was dicey. Aside that, I would still be the same BrightO.

When you came out of the House, what were the things you realised, which shocked you?

When I came out of the House, mehn, it was the love I got from the fans. Like, wherever I go, they scream my name, ‘Lord Baelish’ ‘BrightO’ ‘Little Finger’ ‘Apply Pressure’, it was overwhelming, I was shocked like, so I am this popular now! Also my social media, everything skyrocketed. So, everything shocked me, I am in shock!

Who do you think will be the last man standing and will go home with the Grand Prize?

You are more popular now, what are your plans moving forward? Are we to expect more of modeling from you? Because you showed some modeling traits while in the House? Are you exploring the entertainment industry?

Yes, now I am popular and of course I will go into modeling. I will have my own show live on Television and my clothing line should be coming out soon, which is ‘Apply Pressure’. There is a whole lot to do, but I have to take it one at a time and make sure I put my best in everything I do.

Some words for your fans, the ‘Bright Armies’

How I make my sculptures with metals like spoons, knives — Collins Abinoro

My place is secured in the industry, I compete with nobody —Haekins

How I came by the name ‘Don Richards’ —Actor, Richards Oguntimehin

What inspired my profound love for women… —Olakira