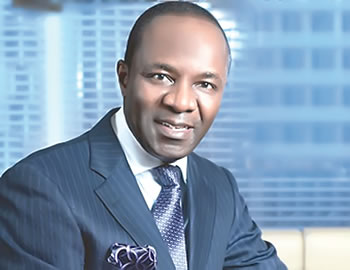 Dr Ibe Kachikwu, the Minister of State for Petroleum Resources has pledged to support the new Group Managing Director (GMD) of NNPC, Dr Maikanti Baru in moving the corporation to greater heights.

Kachikwu gave the pledge while he handed over the affairs of the corporation to the new GMD on Friday.

It will be recalled that President Muhammadu Buhari on Monday appointed Baru as the new GMD of the NNPC.

“I want you to know that this is a great task; be focused and see it as a service to the nation, work hard to leave a great legacy.

“It is not how long you stay that matters but how well, look for legacy issues and work on it, I will give you every support that will help you to supersede what I have achieved,’’ Kachikwu said.

He said that the corporation had undergone series of restructuring that should be sustained to enable it move to the next level.

Kachikwu said that NNPC had achieved a lot in the past 11 months.

He said that during the period, the corporation cut its operational cost by 30 per cent and partially deregulate the downstream sector.

According to him, the corporation has commercialised its business.

“We need to find structure in which private fund will be used to help our refineries to work at 90 per cent capacity.

He said that this would help the corporation to continue to be a profit making organisation, which it had currently assumed.

Kachikwu further advised the new GMD not to lose focus as lack of it would yield no result.

“Be apolitical, be focused on success, believe in your skills, work with a team and be determined to succeed in your assignment,’’ he said.

Responding, Baru commended Kachikwu for recommending him for the position and promised to justify the confidence reposed in him.

“I will like to appreciate the minister and chairman of the NNPC board for all his support he has given me when I was the GED and his special adviser on Gas matters.

“I will continue to count on your kind support as I embark on the task of building NNPC from where you stopped,’’ he said.

Baru said that he would continue to work with the staff to maximise output with the fall out of positive restructuring that had taken place in the corporation.

He said that his major focus would be to create an all inclusive internal advisory console on security comprising representatives from NNPC, International Oil Companies (IOC), unions, among others.

Baru said that he would implement the new business models and grant needed autonomy to the Strategic Business Units (SBUs), while providing relevant directions and control that would ensure growth and profitability.

“I will continue to explore ways of relieving government from burden of cash calls obligations as well as address and defray the agreed cash call arrears of IOCs,’’ he said.

He also promised to restore oil and gas production, grow portfolio of oil and gas reserves, refocus on the cash cow, NPDC, and generate enough for the organisation.

“All weak contractual agreements will be reviewed and bad ones terminated immediately,’’ he said.

The new GMD said that he would focus on development of gas assets, repair of oil pipelines infrastructure and improve refining efficiency, among others.

He solicited the support of all staff of the corporation to enable him achieve the set targets.