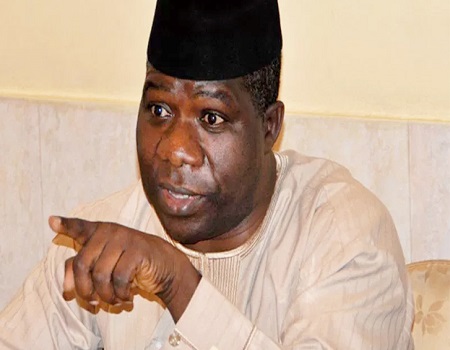 The Senate has raised the alarm over what it perceived as lack of adequate fund to run the judiciary.
Chairman Senate Committee on Judiciary, Human Rights and Legal Matters, Senator Micheal Opeyemi Bamidele ( APC Ekiti Central), made the remarks on Monday.

Senator Bamidele called for an urgent special fund for the judiciary as he noted that no nation could survive with a compromised judiciary.

He said corruption thrives in the judiciary on account of poor funding to run its operations.
He said: “The problem at hand is that Judiciary is corrupt and it is time for Nigeria and Nigerians to rise up in rescuing it with adequate funding.

“As it is with the nation’s Judiciary today, even if saints are appointed from heaven to serve as Justices and Judges, it is only strength of character that can prevent them from being corrupt and dispense Justice as required.”

Senator Bamidele, however, admitted that there has been an improvement in budgetary provision for the judiciary under the present administration.

“Within the last four years, budgetary provisions for the Judiciary have been experiencing marginal increases under the present administration but it is not yet Uhuru, the Special Intervention Fund must come first before the consistent increase on annual basis.”

Global economic slowdown: No cause for panic ― Emefiele