Journal inaugurates prize in honour of historian, J. A. Atanda

Arts and Culture
By Akintayo Abodunrin On Feb 2, 2020 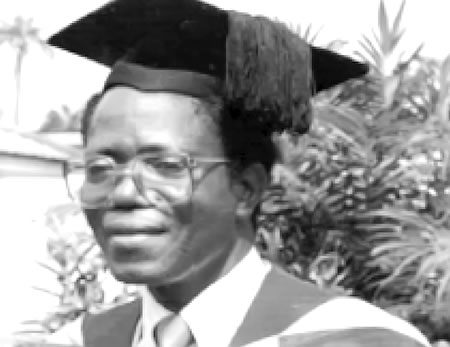 AN essay contest in honour of the late historian, Professor Joseph Adebowale Atanda, has been announced.

The J.A. Atanda Prize for the Best Essay on the Yoruba was instituted by the Yoruba Studies Review, a bi-annual journal dedicated to the study of the experience of the Yoruba peoples and their descendants globally. It is worth $500 and represents a robust platform for the promotion and further development of Yoruba Studies.

Explaining the decision to honour Atanda, the organisers said: “It is on this premise that the Yoruba Studies Review decided to celebrate and honour his distinctiveness with the J.A. Atanda Prize for the Best Essay on the Yoruba, and in doing so, promote and preserve the legacy he embodied.”

They added that “the objective is to promote and revive the socio-cultural and religious significance of the Yoruba, and as a result, contribute to the stream of revivalist efforts geared towards the resuscitation of the African spirit. For it is in the history, language, culture and worldview that the spirit flourishes.”

Details of the prize shared by Professor Toyin Falola, one of the editors of the journal, indicated that essays are currently being received. A preliminary evaluation is ongoing until April 15.

Only essays published (or to be published) in Yoruba Studies Review qualify for the award. While all submissions are acceptable in English, the organisers encourage articles written in Yoruba.

The organisers further noted that: “We also welcome translation of essays on the Yoruba, but the prize would be shared between the translator and original writer (if still alive). Where an unpublished essay receives the prize, the entrant gives the exclusive right to edit and publish the work upon selection for longlist in Yoruba Studies Review.

From Eruwa, Oyo State, the late Professor Atanda was born in 1932. He received his first degree in History from the University of London in 1964 and his PhD in the same discipline in 1967. He taught at the University of Ibadan from 1967, building up a profile as a painstaking researcher of Yoruba/African history of note.

Popular among his publications are ‘The New Oyo Empire: Indirect Rule and Change in Western Nigeria, 1894-1934’, ‘An Introduction to Yoruba History’ and ‘Baptist Churches in Nigeria: Accounts of Their Foundation and Growth’. The robust contributions of Atanda to Yoruba Studies have enhanced the existing knowledge of the Yoruba history, culture and spirituality, as well as the colonial and postcolonial relation. More than two decades after his passing in 1996, his scholarship remains relevant, and more increasingly so.