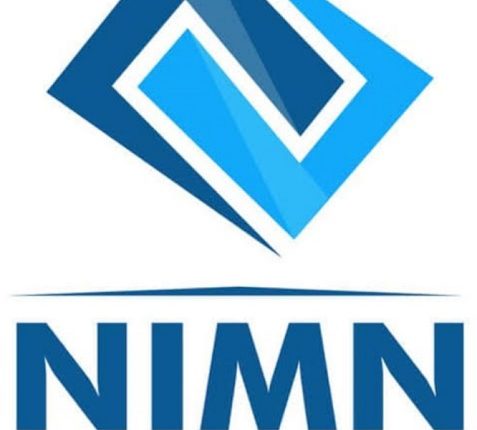 It’s no longer news that the tenure of the incumbent President and Chairman of Council, National Institute of Marketing of Nigeria(NIMN),  Prince Tony Agenmonmen,  is gradually grinding to a halt. But what is, however, strange, especially in this part of the globe, is the uncommon passion with which the marketing institute’s boss still intends to drive to the institute till his last working days, at the institute.

Over the weekend, in Lagos, Agenmonmen announced the May 27 and 28 dates for its Annual Marketing Conference and Annual General Meeting, respectively, while he also added that the jostles for the three offices, to be contested: those of the president, and two vacant council seats, had already begun, in earnest.

All these, no doubt, are efforts at ensuring a seamless transition of power, and a continuation of  the tradition of enhancing the equity of the institute.

Interestingly, unlike the norm in this part of the globe, when the incumbent normally goes to sleep at the twilight of their administrations, Agenmonmen seems determined to live up to his word of leaving the marketing institute far better than he met it.

Just recently, another milestone was recorded in the history of the institute, when the outgoing NIMN boss announced the setting up of the National Institute of Marketing of Nigeria Disciplinary Tribunal/Investigating Panel. He described the step as that, aimed at building a very strong and highly professional marketing institute.

According to him, the setting up of the Tribunal was a follow-up of a process initiated last year, at the institute’s AGM, when its Code of  Professional Marketing Practice was approved by members at the meeting.

The Marketing Tribunal, which consists of a chairman and six other members, appointed by the council, is charged with the duty of considering and determining any case, referred to it by the Investigating Panel, established under sub-section (3) of the section, and any other case of which the Disciplinary Tribunal has cognizance under the law following provisions of the Act.

Swearing in the appointees, Agenmonmen  charged them on the need to be fair and transparent in their conducts,  as members of the tribunal and investigating panel.

He added that the essence of the tribunal was to check acts, considered unprofessional,  among members, and  sanction appropriately.

“The Tribunal being set up today has the full status of a court, except that it can only try marketing practitioners for infamous conduct relating to breaches of the provision of the NIMN Act and the NIMN Code of Professional Marketing Practice,” he stated.

Agenmonmen added that, with the establishment of the tribunal and Investigating Panel, the institute joined one of the very few in the country to have such set-up.

Interestingly,  the introduction of technology into the institute’s electoral voting system is a  tradition the incumbent  president intends to stick to till his last days in office.

For instance, after the formal announcement of the dates of the institute’s AGM and Marketing Conference, recently, the NIMN boss was quick to add that this year’s elections, which would also be part of the events, would be by electronic system of voting as established last year.

Besides laying their manifestoes bare before members via online debates, scheduled for May 15 and  16, this year, the elections proper would also be done electronically to ensure wider participation of qualified members, he said.

Another of Agenmonmen’s ‘parting gifts’ is the theme of this year’s Annual Marketing Conference, “SMEs in Post COVID-19 World”, which he described as part of the institute’s contribution towards helping  small businesses survive the post-COVID era.

“The choice of the theme is informed by the knowledge that SMEs play very significant roles in the economic and social lives of our nation in terms of employment generation, poverty reduction, and contribution to the Gross Domestic  Product (GDP).

“It is therefore important to bring to the fore the challenges being faced by these SMEs in the country, which have been exacerbated by the COVID-19 pandemic,” he added.

As members and other critical stakeholders look forward to the coming events, not a few are, however, excited that the institute has begun to see the proverbial light at the end of the tunnel; as evidenced in the quality and quantity of members it had been able to attract over the past four years, and also the quality of its events.

It is however the fervent prayers of critical stakeholders that the ‘winning mentality’ continues as the institute prepares to usher in a new set of leadership.

`Napoleon Bonaparte and the Black Jacobins

Outdoor Ad: Will the mutual distrust continue in 2022?