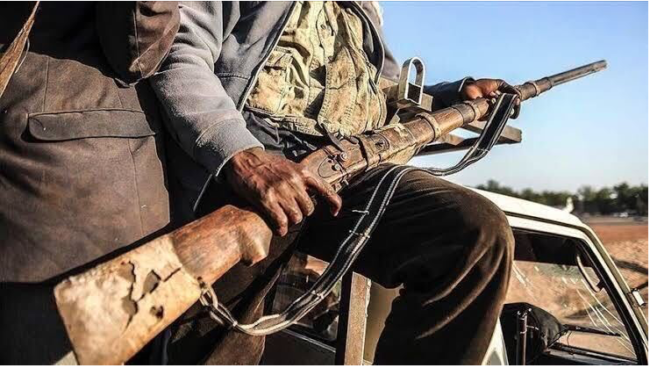 NO fewer than 400 Nigerians were murdered by Boko Haram, bandits and herdsmen in the first quarter (Q1) of 2021, latest report from the Bismark Rewane-led Financial Derivatives Company (FDC) has said.

Besides, the report stated that bandits also kidnapped about 150 persons during the period under review.

Quoting Civic Media Lab as a source, Rewane, in the report, gave the details of the killings, stating that Boko Haram and other Islamic terrorists murdered 100 people: random shooters/arsonists killed 40 people, herdsmen killed 60, while bandits murdered 200, noting that the recent was the abduction and killing of some Greenfield University students.

He blamed causes of what he described as “woes of insecurity” in the country on multi-dimensional poverty that is eroding consumer disposable income; high unemployment and lack of opportunities.”

He remarked that insecurity and insurgency have become the watchwords of most Nigerians, adding that the problems have become so daunting that they are now being used interchangeably.

“The correlation between inflation and insurgency is now a raging and controversial debate. Many analysts believe the insurgency causes inflation, while the situation suggests that inflation and unemployment breed desperate and dangerous citizens. Economic insecurity, as they say, is the mother of all hopelessness,” the FDC boss said.

Rewane noted that the woes of insecurity has caused the nation’s economic loss, leading to food crisis as farming activities decline, spiraling inflation, loss of new investments and increase in capital flight.

Besides, he said woes of insecurity has led to no hub status as African Continental Free Trade Agreement (AfCFTA) progresses, destruction of properties and infrastructure, squeeze in corporate margins, displacement effect and rise in emigration.

Economic fallout of insecurity, Rewane said, has made Nigeria to become a high risk destination as Canada, United States of America (US), United Kingdom (UK) and Australia issued travel warnings on Nigeria.

Besides, he said that as a result of the economic fallout, multilateral organisations could be forced to declare Nigeria a pariah state and downgrade it credit rating Suggesting short and medium term solutions to insecurity in the country, the renowned financial and economic analyst urged the Federal Government to increase armoury, bridge government trust deficit, address the political enigma surrounding insecurity, strike out religious bias, and tackle socio-economic problems swiftly.