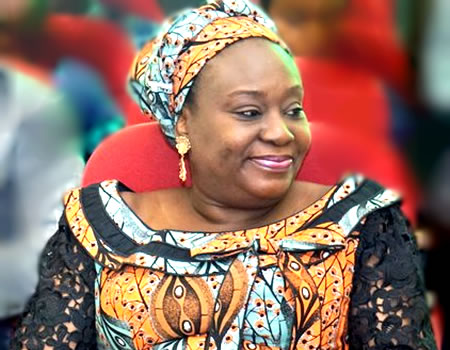 Despite opposition by the Academic Staff Union of Universities (ASUU), the Federal Government on Monday said the Integrated Personnel Payroll Information System (IPPIS), is designed to enhance data integrity, eliminate ghost workers and consolidate on staff records and management.

The government insisted that with the steady transformation of the Federal Civil Service to operate a more productive system, “change is inevitable”.

Acting Head of Civil Service of the Federation, Dr Folasade Yemi-Esan, spoke on Monday in Abuja at the opening of the service-wide pilot induction programme for newly recruited officers on Grade Level 07-10.

A total of 700 officers participated in the induction programme out of the backlog of 5,000 newly recruited officers that have not been inducted since 2013.

She also disclosed that the following directive by President Muhammadu Buhari the Federal Government has commenced the process for the complete implementation of the Human Resource Module of the IPPIS in the Public Service.

“Thus, following the successful activation of the human resource module in the Office of the Head of Service of the Federation, five other Ministries namely, Finance, Budget and National Planning, Aviation, Transport, Petroleum Resources and Science and Technology are set to come on board,” she said.

Yemi-Esan further noted that the flagship induction programme signifies the commitment of the Federal Government to drive the vision of building a modern public service that provides world-class services for sustainable national development to a whole new level.

She lamented that over the years, the absence of structured and targeted training programmes for civil servants has been a major challenge to the Federal Civil Service.

She urged the inductees to shun corruption and embrace hard work and integrity, saying there were boundless opportunities that would not be handed over to any staff on a platter of gold.

She also warned them against the common notion that there is job security in the Federal Civil Service so as not to take things for granted while urging them to go the extra mile and engage in self-development to get to the apogee of their career.

Permanent Secretary, Service Policies and Strategies Office, Dr Magdalene Ajani in her welcome address recalled that the last service-wide Induction training for federal civil servants was conducted as far back as 2013 which now leaves a backlog of over 5000 un-inducted new officers in the service.

She added that with the resuscitation of Induction programme, kick-starting with the pilot training of 700 officers, the government is now determined to sustain the training by first clearing the backlog and subsequently by regularly inducting new entrants within 6 months of their appointment.