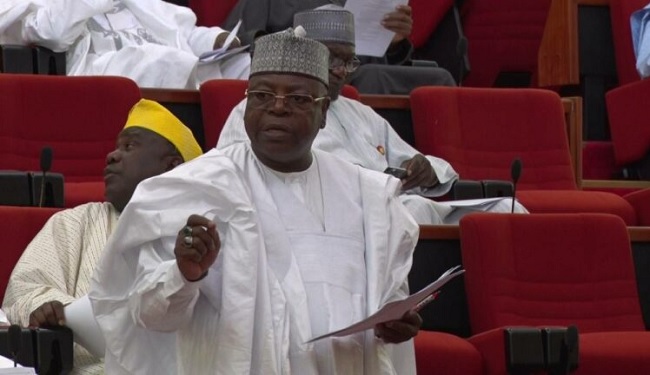 Senator Ibrahim Abdullahi-Gobir (APC-Sokoto) has urged the Federal Government to consider deployment of more security personnel to check insecurity in the affected areas of Sokoto State.

Abdullahi-Gobir made the appeal in a statement signed by his media assistant, Mr Bello Muhammad, and issued to newsmen, on Friday, in Sokoto.

He said a number of security officials in the areas were grossly inadequate noting that non of the local government areas have more than 100 policemen.

Abdullahi-Gobir appealed to FG to deploy at least 200 armed policemen with 10 Hilux vans armed with enough weapons to protect lives and properties in the affected places.

The Senator who is the chairman senate committee on national security and intelligence expressed concerned about the protection of the lives and properties of every citizen.

He, however, condoled the people at Lugu village in Wurno local government over recent bandits attacks in the area.

The Federal Government is owing the university workers, under the National Association of Academic Technologists (NAAT), the Senior Staff Association of Nigerian Universities (SSANU) and the Non-Academic Union of Universities and Associated Institutions (NASU), over N150 billion earned allowances…Lawmaker urges FG

“Please do not talk to my father. He is yet to come to terms with the death of his son. It is a most tragic experience. How does one quantify the loss of a dear brother? My brother was killed like an animal by two herdsmen. His offence was that he asked them to drive their cows off his already cultivated farmland,” Bisi Olaosepin, whose brother was hacked to death, struggled to hold back his tears as he relayed to Sunday Tribune the horrible experience that culminated in the passage of his brother…Lawmaker urges FG