IAR&T not under investigation or on status inquiry ― Mgt 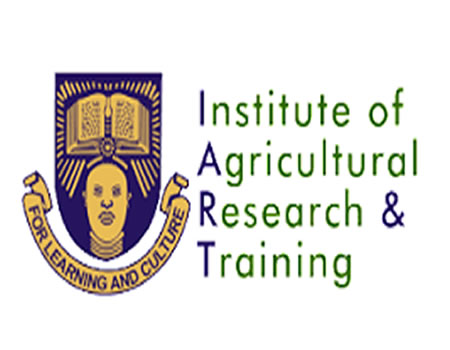 CONTRARY to media reports, the Institute of Agricultural Research and Training (IAR&T), Ibadan, has said that it is not under any form of investigation regarding financial impropriety.

Recall that it was reported last week that the House of Representatives had placed IAR&T on status inquiry over alleged irregularities on the utilisation of N400 million appropriated fund when the Director of the institute, Professor Veronica Obatolu appeared before the house.

However, IAR&T in a statement signed by its spokesperson, Dr Adeniyi Amusat, a copy of which was made available to the Nigerian Tribune on Monday described the report as concocted, adding that the House of Representatives is not investigating the institute for any financial wrongdoing.

The statement reads: “As a constitutional function of the National Assembly, the House of Representatives invited the Institute, amongst other Ministries, Departments and Agencies to appear before the Public Accounts Committee on 30th November 2020.

“It may also interest you that the Institute was among the few MDAs that have submitted 2019 financial Audited reports to the Office of the Auditor-General of the Federation, evidence of which was submitted to the Committee of the House.

“It should be noted that all the funds received between 2018 and 2019 were fully accounted for both in the Audited financial statement and the report submitted to the House.”

The statement further held that: “The Executive Director, Professor Veronica Obatolu explained to the House when the issue of expenditure in respect of 2019 was raised that part of the fund utilised for 2019 budget was actually 2018 Capital Allocation that was rolled over to 2019. The Institute received N230m and N273m for 2018 Capital in 2019 and also N291m out of N502m appropriation in 2019.

“The Research Grants/Aids to the Institute were appropriately reported under its Internally Generated Revenue. It was clearly explained by the Executive Director of the Institute that what the Institute received was research grants meant for specific research purposes. Such grants are not repayable and spending are as dictated by the donors.

“It may interest you to note that during the 2021 budget proposal defence exercise before the National Assembly, the Institute was actually applauded by the respective Committees on Agriculture for the accurate performance reports presented on previous expenditure. Note that it is this same report that was presented to the House Committee on Public Accounts.”

IAR&T, therefore, concluded that: “Any insinuations of lack of transparency /and or accountability/financial impropriety on the part of the Institute is most unfair, unjust and intolerable.”