How to make Nigeria work —Esele 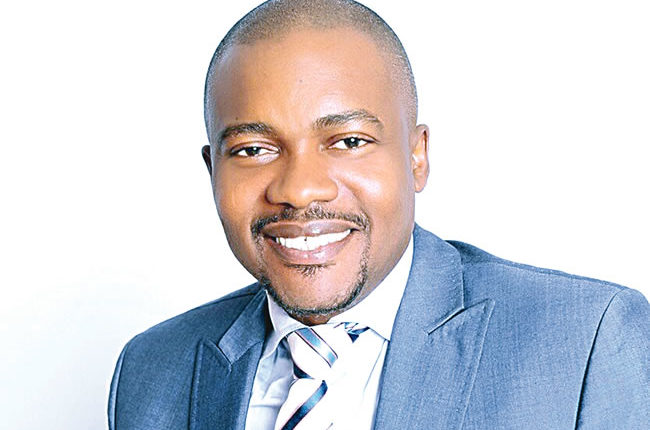 A former president of the Trade Union Congress (TUC), Comrade Peter Esele, speaks to SUNDAY ADEPOJU on  the issues affecting Nigeria, the damage done by military governments, lack of political ideology in the current democratic structure, role of the organised labour then and now and the need to invest  in both education and technical education, among others.

Nigeria is facing a lot of problems ranging from economy, politics to insecurity, among others. What do you think is wrong in the country?

First of all, we have to look at the foundation. What was the principle behind our coming together? That is one. And, another thing is that in our coming together, have we maximised the opportunities therein? Sometimes, people complain that the British made a mistake to join us together. I don’t subscribe to that. I think something is wrong with you when, after 60 years, you still complain about something that happened in 1914; that is, the amalgamation of Southern and Northern Protectorates done by Sir Frederick Lord Lugard. What have you done in the last 60 years? But, sadly enough, we have problems with our values; we are not open-hearted and we don’t have love for our country. We have love for self first without love for country.  If you look at most of the policies, even our constitution, you find out that there are always primordial interests behind them. If we make an economic policy, we do it to favour some people. If we do FOREX policy, we do it to favour particular businesses. We make laws to favour a particular ethnic group or geopolitical zone.

So, at the end of the day, we all pay for this because poverty does not know Hausa, Fulani, Igbo, Yoruba, Edo. No! Until we get to the level of placing competence above primordial interest, we are going to remain in this quagmire.

Between 1959 and 1966, we were able to make some meaningful growth. What was responsible for such achievements?

Another reason is corruption. Not that there was no corruption then.  But, it was not as pronounced as it is now. There is selfishness, self-first now. There is ethnicity now. We also had it then, but, not as it is now. We are more divided now than then. The intervention of the military…ordinarily when you see other parts of the world, when military governments came on board, they pushed the society forward. But the past military governments we have had did not push us forward. If you look at Malaysia and Indonesia when they were under dictatorship, for example, they made progress. When they now became liberal democracies, the progress continues. But, in Nigeria, we did not have a similar approach. What the military did in Nigeria was to weaken the units and strengthen the central. In other parts of the world, what we have is the military strengthening the groups. So, one of the biggest challenges we face is that, in this country, we had movement from regions to states, 12 states to 19 states, to 21 states, to 30, to 36. All of these states were not created to unify the country. Our state creation has created more room for division than for harmony. What the military did, over time, was the devolution of the regions. The military wanted to have more control, more of self-preservation than national protection. The military wanted to have more power for themselves to make sure that none of the regions or states can threaten the central. As a result, they killed the regions and then created states and in creating states, they made sure that no state can threaten the centre. Switzerland has regions. But if they had borrowed from what we have in Switzerland, we would have grown further than where we are now.

Twenty-one years after the restoration of civil rule, we ought to have overcome all these challenges. Today, Nigeria is referred to as the world headquarters of poverty, banditry. Why is it difficult to move ahead?

One of the reasons is that we have many politicians, but few statesmen. Politicians thrive on division: ethnic, racial and religious division. Our politicians have divided us along the line of religion and ethnicity. When that happens, then, corruption will thrive. If I am against you, for example, the next thing I am going to say is that the people from my ethnic group will not look at the money I am stealing. I will now say it is because it is our turn, they don’t want us to continue. Meanwhile, the man that is complaining that it is their turn has not given that community any benefit. So, everything is for his own personal aggrandisement. You will now ask at what line were the two major political parties, All Progressives Congress (APC) and Peoples Democratic Party (PDP) divided? The line of their division is ethnic, religious and regional. Now, when I say this, you will ask me, why and how? If the PDP wants to choose a presidential candidate, they first of all say it is time for the North or the South. Same thing goes for the APC. So, all we have is division along ethnic or regional lines. There is no division on ideological basis. When you bring that forth, you will not have competent people emerging. So, what should have been our escape route would have been if this division is based on ideology.

Now, you see the lines of division. Let us now put PDP and APC together. Let me be clear: I am a card-carrying member of APC. In both parties, there are no demarcations. Even, if you say that there are demarcations based on manifestoes, in practice, there is none. I was far, much younger in the days of National Party of Nigeria (NPN) and Unity Party of Nigeria (UPN). It was very easy for you to know a NPN and a UPN state. A UPN state had free education at all levels, free health care, and so on. NPN was qualitative education, health and all that, which means you pay for all you got.

But now, there is no difference. The only place of difference that we have now and why we will not make progress as fast as we should is that politicians and the political parties’ differences start from ethnic and religious divides. That is a recipe for backwardness.

This country is so blessed with mineral and human resources in abundance. Why is the country still broke today?

The highest wealth of our country is human capital. We have two hundred million people. That is a huge wealth. But it also has to come with policies, laws. There are so many young Nigerians who just need the wings to fly. Just give them wings; they can take care of themselves. Create the enabling environment for them. For us to now say we want to make progress, we must activate the young people, invest in quality education. Unfortunately, in Nigeria, we are taught to go school and get job thereafter. But in other climes, they go to school in order to fit into the society and make things happen for their societies and make a change. You find out that the entrepreneurs, innovators and those who make things happen are majorly in the Western World. Now, we have abandoned technical schools/training and everybody wants white collar jobs. In other parts of the world, once you get high school certificates, you can fit in anywhere. You can be a mechanic, plumber. Artisans are living well in other parts of the world. But because we have abandoned the technical aspect of our education, we have problems. You also have those who cannot read and they will go to universities and forge results. They are everywhere now. We now have people forging certificates to run for elections in our country. So, those are fundamental issues that are tied to all of these. If we want to grow, we must invest in education and technical education so that our people can fit into other sectors.

Now, to even do floor tiles, you have to go and get somebody from Cote d’Ivoire. To get good plumbers, they have to be either from Benin Republic or Togo because we have abandoned that part of life.

In the light of all these challenges, how do we begin to reset Nigeria so that the system can work?

One of the ways we can reset the country is that for everybody occupying political office not to see it as his personal property. Most people occupying public offices forget that it is an office. The reason you call it public office is that everyone has access to that office. We must remove our personal interest if we want to reset the country. Can you imagine the sitting president of America saying the election was rigged against him and nobody is paying attention to him? This is because the institutions are very strong. But if it is in Nigeria, the president can stop that counting. The governor can stop the counting. The governors in Nigeria even do worse things than the presidents in the last 21 years. Governors are very powerful;  they see their offices as personal estates. In America, despite Donald Trump’s noise, they counted the ballots and announced the results. That is the strength of the institution. The president has not conceded defeat, but the securities are already protecting the president-elect, Joe Biden. In Nigeria, when any governor disagrees with the president, they will just call the Inspector-General of Police to withdraw his security. Yes, it has happened. So, for us to fix our country, we must strengthen the institutions.

The organised labour used to be formidable in leading the cause for justice, democracy, and so on. It used to be the voice of the people. Nowadays, people are always sceptical about the actions and inaction of the labour unions. When you were Trade Union Congress (TUC) president, most Nigerians respected the organised labour. What went wrong? How can we go back to that era?

You elected a governor or president or legislator, you are paying him; he lives in a free house; he has a free health facility, and so on and you say he is not your voice. It is those people occupying political positions that must be held responsible for whatever ill that is bedevilling you and not the organise labour. Organised labour are doing their best for their workers and those who elected them.

What we are doing to help Nigeria fight corruption —Obada, NeGSt boss