How to live long on one kidney —Experts

Often people wonder if it is possible to live long on one kidney. In this report by SADE OGUNTOLA, experts explain how people
with only one kidney can lead a normal, healthy life. 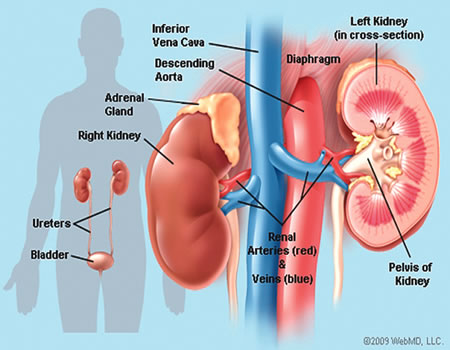 THE bravery, unusual faith and battles of foremost agronomist and businessman, Chief Lekan Are, it has been said, were encapsulated in his ability to live on one kidney for 46 out of his 86 years on earth. Chief Are died on January 18, 2020, at the University College Hospital, Ibadan, during an illness.

Kidneys are essential for survival. They filter the blood and make urine, regulate blood pressure, make red blood cells and Vitamin D, maintain the blood’s pH (acid levels) and produce hormones that are needed to keep the bones and blood healthy.

Like Chief Are, many people live on one kidney. In fact, a report from the March of Dames says that one in every 450 to 1,000 infants is born with a single kidney and this is hardly discovered until later in life during non-related medical examinations.

Most people have two kidneys but some only have one, the other having been removed during an operation in order to treat an injury or a disease like cancer. Others have one because the other was donated to a person who needed a kidney transplant.

Many people with one kidney can live essentially the same way as those with two. “A person can live successfully on one kidney. A healthy person has two kidneys but he does not require the two kidneys to remain healthy,” said Professor Rasheed Balogun, a kidney expert at the University of Virginia.

“That is why it is safe for a totally healthy person to donate his kidney to someone who is ill and has kidney failure as long as this person too does not have kidney disease or one of the illnesses that can prone him to kidney disease,” Professor Balogun added.

He said: “There are two kidneys per person, God has so done it. It is as if Almighty God realised that a time will come when advancement in knowledge will reach a stage that organ transplant will be possible. So, even if you donate your kidney, you do not need more than one kidney to live.”

Oviasu, a past president of the Nigerian Association of Nephrologists, said what an individual does to maintain two healthy kidneys is all that is needed to live long also on just one kidney. “You have to avoid things that are injurious to the kidneys, whether you have one kidney or two kidneys,” he stated.

Maintaining healthy kidneys, he said, involve taking preventive measures based on the knowledge of what could damage the kidney. He said: “If you are hypertensive or diabetic, for instance, you must make sure that you monitor your blood pressure and sugar levels regularly to ensure that they are not high. These are known to do damage to the kidney.”

For people living in environments where many people readily resort to the use of herbs for different problems, Professor Oviasu advised that herbal concoctions are better avoided for a healthy kidney. “Some of herbs are known to be very damaging to the kidneys. Since you are not so sure which is which, you have to be careful not to take them,” he added.

Having your kidney function checked once a year is also important to live long with one kidney. This is performed using simple blood and urine tests and blood pressure. The blood test for kidney function (glomerular filtration rate or GFR) measures how well the kidney(s) remove waste from the bloodstream. The doctor calculates the GFR with a formula that takes into account a person’s age, race, gender and serum creatinine, a measurement of waste in the blood due to muscle cell turnover.

Once GFR is calculated, the patient finds out whether they have kidney disease and if so what stage it is at so that they can take the necessary precautions to keep the kidney as healthy as possible.

Professor Oviasu said: “Just taking your urine alone and testing if it has protein in it can help. Even if you do not have the facility to test for protein in the urine, if looking at your urine and it foams as if there is soap in it, it is an indication that there is plenty of protein in it. So, you should see your doctor for a checkup.”

The presence of protein in the urine shows that the kidneys are leaking protein that should stay in the blood.

Infections are also not healthy for the kidney. “If, when passing urine, you experience pain, it could be a sign of urinary tract or bladder infection. It is good to see your doctor to have it promptly treated because it can affect the kidneys,” Professor Oviasu said, adding: “Infections in the body as a whole can affect the kidneys either directly or indirectly.  Indirectly, the infection can trigger some immunological changes which end up affecting the kidney. One of such infections is sore throat.”

Experts say much of the conditions that apply to living with one kidney goes for everybody: eat right, exercise, sustain a healthy weight, stay hydrated and get regular medical checkups.

They say, however, that there are special precautions that should be taken by someone living with a single kidney such as telling the doctor that they only have one kidney before starting any blood pressure medication is important because some drugs are less kidney-friendly than others.

Studies have shown that a single kidney can do as much as 40 per cent more work than when it is part of a pair. Protecting a single kidney is essential, so the doctor may suggest wearing equipment to protect the kidney, or advise which sports to play and which ones to avoid.

Even if the lone kidney stops functioning, treatment options are available. Another former president of the Nigerian Association of Nephrologists, Professor Ifeoma Ulasi, said treatment options for it in Nigeria are dialysis and kidney transplant.

According to Professor Ulasi, there are many types of dialysis to choose from, including in-centre hemodialysis, home hemodialysis (HHD), peritoneal dialysis (PD) and in-centre nocturnal hemodialysis. Even patients who opt for a kidney transplant may have to go on dialysis while waiting for a match.

“Who says that a person after renal transplant does not live long? That is not true. I remember that when I started dialysis in Enugu in 1991, the first person that came into our dialysis unit had been transplanted in 1982. He came to know what we were doing because he was a kidney patient. He died 10 years later not from kidney disease but something else entirely.”

However, how long a person will live a donated kidney, Professor Ulasi, said is dependent on how well the individual takes his drugs to ensure the body does not reject that kidney.

“The medication is making sure that your body does not reject that kidney, so if you give space, your antibody will go and destroy the kidney. We have patients that are on dialysis in Nigeria and have survived longer than 25 years, because they have the money. The major issue is affordability either of dialysis or the transplant or the drugs that you need to keep the transplant working,” said the medical expert.

Professor Usali said there is the need for the government to come to the financial assistance of individuals with kidney disease, saying “even if someone is transplanted and he cannot afford his drug, he could lose the kidney in less than one month.”

I get easily aroused