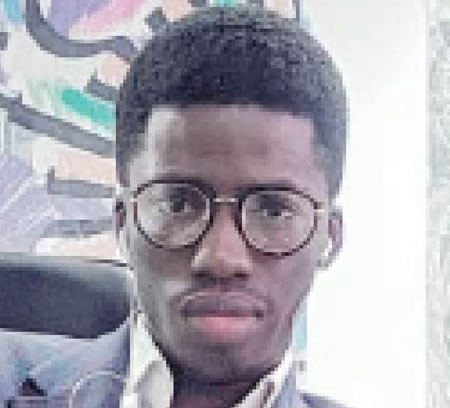 An up and coming act, Balogun Olayinka popularly known as DopeChild has explained how singing   and making beats with school lockers back in secondary school made him popular.

Balogun, who disclosed this in an interview with Friday Treat recently in Lagos, said that such ways were common with him while free-styling and friends remarked his finesse with rhymes; hence, the name, DopeChild.

“I used to do a lot of singing and freestyling back in secondary school and making beats with lockers. I was notoriously popular and after every freestyle session, a group of guys would always tell me I was good (dope) and I coined Olayinka DopeChild from it” he said.

Olayinka,  a graduate of Psychology from the University of Lagos, said that the current trend in the music industry is relieving his passion in music having taken a long break sorting out other aspects of life.

He described the decision as a hard choice, stating that he never left music.

“I have taken a long break from music trying to sort out other aspects of my life, as a growing man with responsibilities and bills to pay. I had to make a hard choice but I never left music. I am still doing it my own way.

“However, with the trend in the music industry now and the new kids on the block, I see a lot of similarities in my style and delivery and what they do.

I also see the acceptance it is getting and I ask why I am sidelining myself.

“My style is getting love now and I need to strike now; hence, I decided to drop one of the songs I had kept for a while”, he noted.